Windows 10, Windows 8.1 and Windows 8 come with Client Hyper-V so you can run a supported guest operating system inside a Virtual Machine. Hyper-V is Microsoft's native hypervisor for Windows. It was originally developed for Windows Server 2008 and then ported to Windows client OS. It has improved over time and is present in the latest Windows 10 release as well. Today, we will see how to change the folder which is used to store configuration files for Hyper-V virtual machines.

A virtual machine consists of several files, such as configuration files, and virtual disk files that store the guest operating system for a machine. By default, Hyper-V stores all files for your virtual machines on your system partition. You might want to store them on another disk or partition. Last time we reviewed how to set a new default folder for virtual disks. The same can be done for configuration files.

Note: When you create a virtual machine in Hyper-V Manager, you are able to specify a folder to store its files. 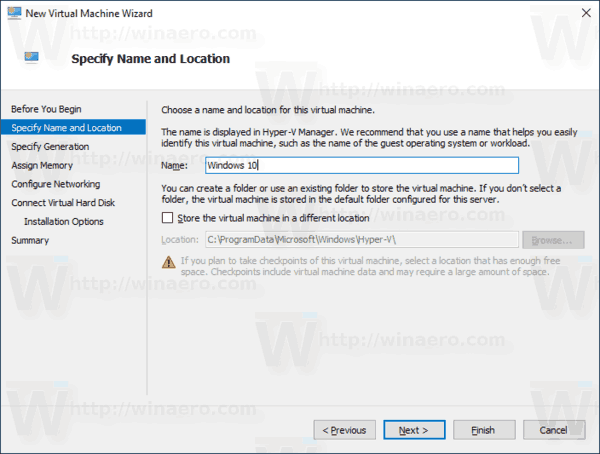 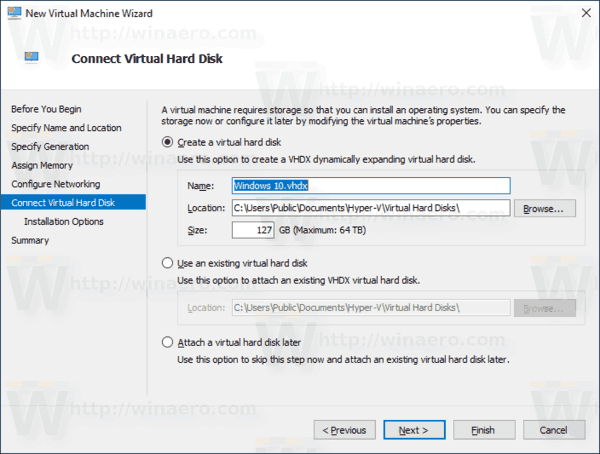 By following the steps below, you can set a new folder as the default folder for new virtual machines.

To change the Hyper-V Virtual Hard Disks folder in Windows 10, do the following.

Alternatively, you can set this folder with PowerShell.