Windows 10, Windows 8.1 and Windows 8 come with Client Hyper-V so you can run a supported guest operating system inside a Virtual Machine. Hyper-V is Microsoft's native hypervisor for Windows. It was originally developed for Windows Server 2008 and then ported to Windows client OS. It has improved over time and is present in the latest Windows 10 release as well. Today, we will see how to create a shortcut to start a Hyper-V VM in Windows 10.

Create a shortcut for a Hyper-V VM

As you may already know, Hyper-V can be managed with PowerShell. There are plenty of cmdlets that can be used to change the Hyper-V configuration and options for existing virtual machines. There is a special cmdlet, Start-VM "VM name", that can be used to turn on the desired virtual machine. However, there is no cmdlet to open the GUI for that VM.

Here is how to bypass this limitation.

To create a shortcut for a Hyper-V virtual machine,

Step 1 Create a new batch file with the following content:

Save it to any folder, e.g. c:\data\startvm.cmd. 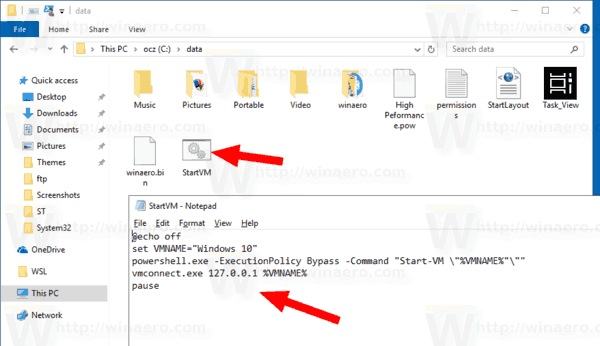 Step 3 Create a shortcut for your batch file and place on the Desktop. 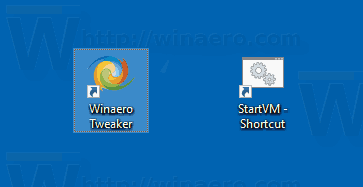 Step 4 Open the shortcut properties dialog. On the Shortcut tab, click on the Advanced button. 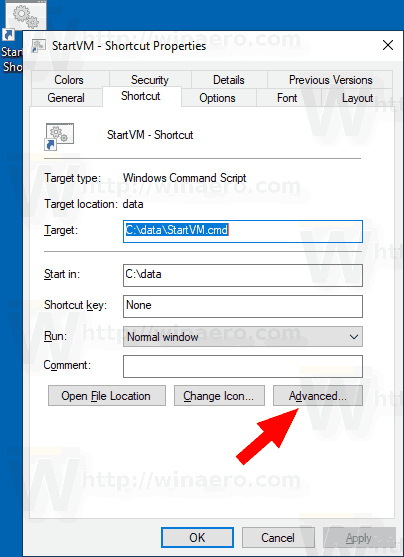 Step 5 In the next dialog, turn on the option Run as administrator. Click Apply and OK to close shortcut properties. 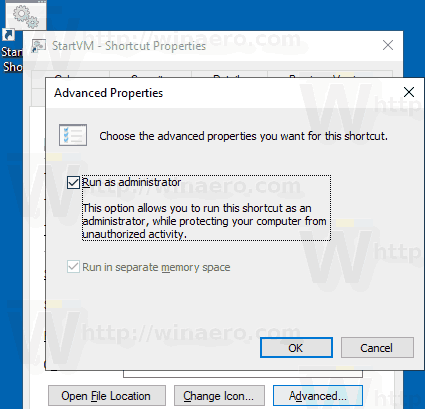 You are done! Now, double-click the shortcut you created and confirm the UAC prompt. This will start your VM and open its GUI.

Now, you can change the shortcut icon, move this shortcut to any convenient location, pin it to taskbar or to Start, add to All apps or add to Quick Launch (see how to enable Quick Launch). You can also assign a global hotkey to your shortcut.

If you are not happy to confirm the UAC prompt every time you open the shortcut, you need to create a special task in the Windows Task Scheduler which allows executing apps with admin privileges. See the following article:

You are here: Home » Windows 10 » Create Shortcut for Hyper-V Virtual Machine in Windows 10