If you are using the WSL feature in Windows 10 (formerly known as Bash On Ubuntu), you definitely know that you can install and run multiple Linux distros from Microsoft Store. Arch Linux is yet another distro you can install starting today.

Starting in Windows 10 Fall Creators Update, the WSL feature received many improvements. It no longer requires developer mode and can be enabled in Windows Server also. Key changes are as follows:

Today, Arch Linux showed up on the Microsoft Store, making it available to all Windows 10 users. 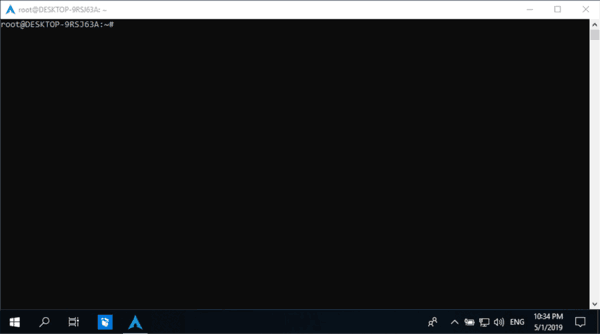 Arch Linux is an open source project that is aimed to be simple and effective. It features a powerful and fast package manager 'pacman', a huge package repository, and ships 'vanilla' versions of apps without distro-specific patches. It is a rolling release distro with cutting edge software versions. Also, the project maintains the best Linux wiki available on the Internet.

Microsoft Store now features an unofficial build of Arch Linux for WSL. It was created by a third-party developer, and is not supported by the Arch Linux community. Also, it comes with an extra package repository enabled by default. If you are brave enough to play with this Arch Linux modification in WSL, use the following link:

Get the unofficial Arch Linux build for WSL

The project is created by the developer 'scottxu' from Kunming Yunnan, China. He provides the sources for his project on GitHub.