A new build of Edge Insider Preview found its way to the Internet. Meet the build 111 of the browser.

As you may already know, Microsoft Edge, the default web browser of Windows 10, is moving to a Chromium-compatible web engine in the Desktop version.

Yet another build of is unofficially released today. The installer runs silently, showing no windows. It adds a new icon to the Start menu. If you had a previously leaked build installed, it will be silently updated to the build 111. 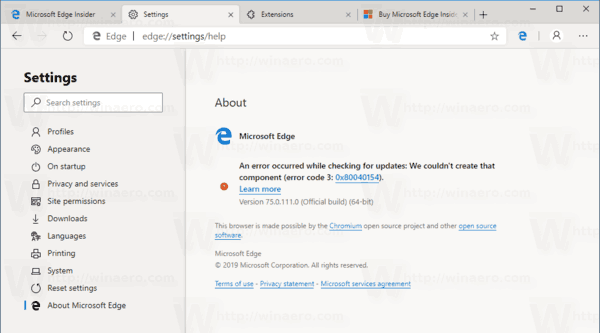 At first glance, I didn't find significant changes from the previous build 109.