In Windows 10 build 10036, there is a significant improvement to window management. The Task View feature which adds virtual desktops to Windows 10 got updated with new options. We reviewed how to show only the current desktop’s windows on the taskbar in Windows 10. Now let's see how to make the Alt + Tab user interface show only those windows and apps which are running on the current/active virtual desktop.

Suppose you are running several apps in the first virtual desktop and Notepad in the second one: 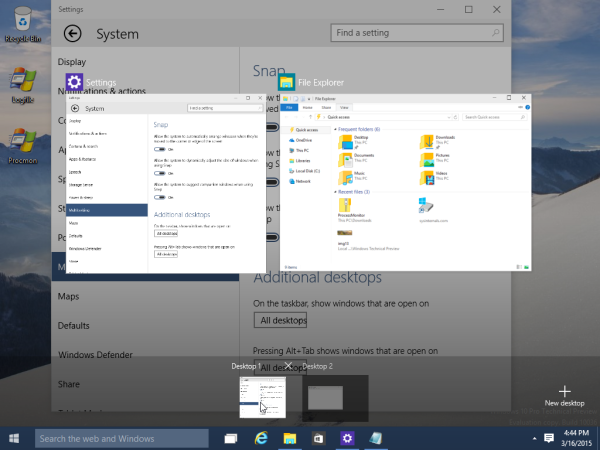 Tip: See how to move a window from one Desktop to another in Windows 10.

Note how the Alt + Tab dialog is by default showing Notepad in the first Desktop's window list: 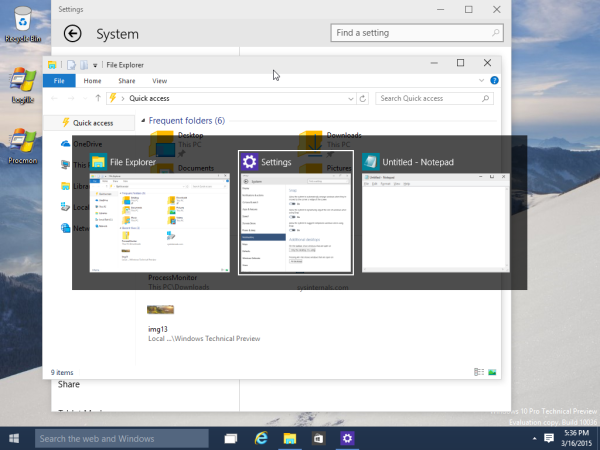 It is possible to make it show only the current desktop's windows and apps.

There are new Multitasking options in the Settings app. We can use them to change the taskbar behavior.

After you change this option, Notepad will disappear from the Alt + Tab switcher on the first Desktop, but will remain visible on the second Desktop: 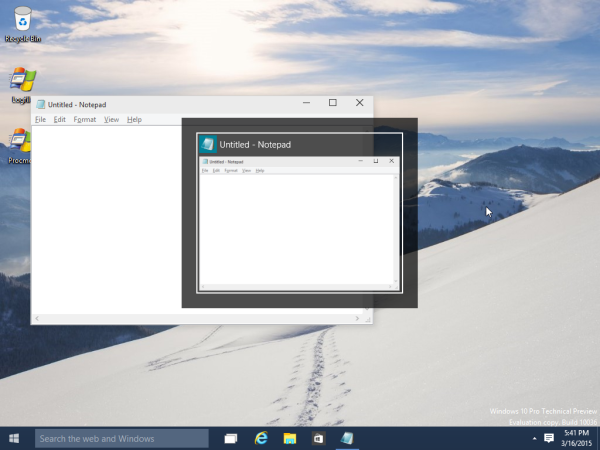 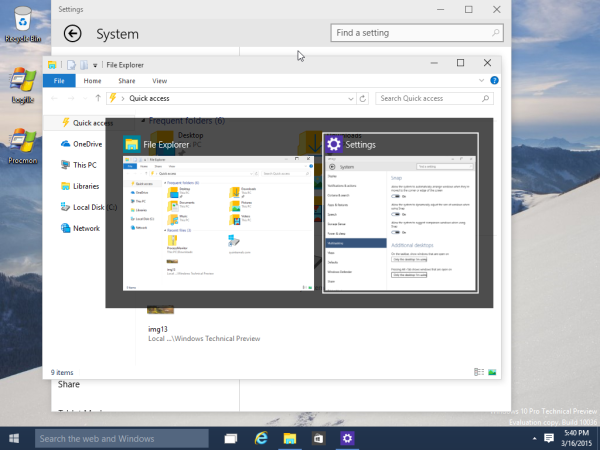 That's it. You can always change the Multitasking options back to their defaults to show all windows in the Alt + Tab dialog.