AMD recently notified users that updating from Windows 10 to the stable version of Windows 11 might throw a wrench into their systems. Due to a bug or poor optimizations, Windows 11 causes significant spikes in L3 cache delays on compatible AMD-based systems. Those spikes, in turn, reduce performance in games and memory-sensitive apps up to 15%. To make things worse, the first cumulative update for Windows 11 crippled performance more by increasing L3 cache delays four times.

Fortunately, AMD and Microsoft identified the issue and released a bug fix in a relatively short time (let us not mention the fact that Windows Insiders reported performance downgrades months before the launch of Windows 11). A couple of days ago, Microsoft shipped a cumulative update in the Beta and Release Preview ring. The changelog mentions a patch for broken performance on computers with Windows 11 and Zen-based processors from AMD. While users wait for Microsoft to deploy the patch in the stable channel, AIDA64, developers of the popular diagnostic utility for Windows, confirmed that Microsoft has successfully fixed the cache delay issue. 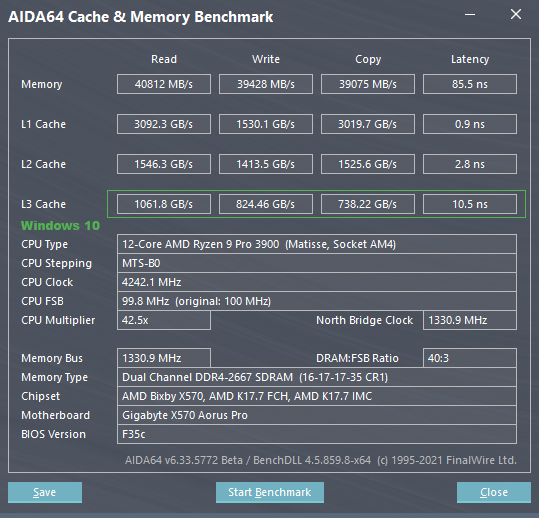 AIDA64 published its findings on its Twitter account. According to the data, KB5006746 reduces L3 cache delays to their proper levels (~10ns in Windows 10, ~42ns on pre-patched Windows 11, and ~10ns after applying fixes). Interestingly, the issue affects not only older AMD CPUs. Users reported performance dips even on the latest Ryzen 5000 processors with a significantly improved cache architecture. Fortunately, Windows 10 build 22000.282 fixes the problem.

If you have a modern AMD-based PC and want to update from Windows 10 to Windows 11, give Microsoft a couple more weeks to deliver patches for users in the stable channel. Note that performance issues are not the only problem Microsoft has to fix in Windows 11. The company has a dedicated issue tracker where users can check out known bugs and possible workarounds. Be sure to check it before pulling the trigger and upgrading to Windows 11.