AdDuplex published its monthly report with the latest data about Windows market share. According to the October 2021 report, Windows 11 managed to gain almost 5% since the official launch on October 5. 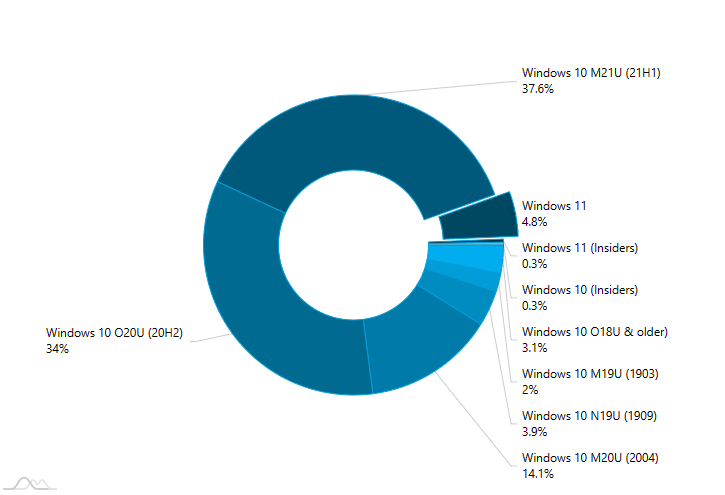 Note that 4.8% of users Windows 11 has do not include Windows Insiders. AdDuplex counts Windows preview testers in a separate category, which currently holds 0.3% of all surveyed machines. Windows 10 has the same number of Windows Insiders.

Microsoft plans to ramp up Windows 11 rollout early next month, focusing on modern computers with the newest hardware first. For that reason, your older, although supported computer, might not get Windows 11 via Windows Update right now.

If you want to upgrade from Windows 10 to Windows 11, use official utilities, such as Upgrade Assistant and Media Creation Tool. Microsoft also lets you download Windows 11 ISO files directly from the official website. You can also use those images to create bootable media using third-party tools, for example, Rufus.