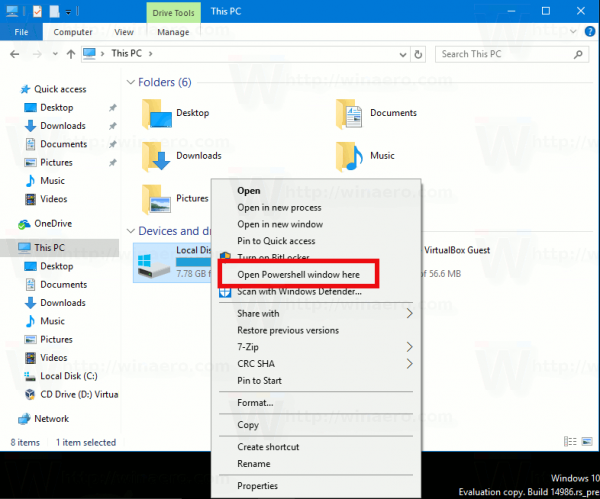 It is not clear what Microsoft's plan is regarding cmd.exe's future. Quite possible the Redmond giant is going to merge the cmd.exe functionality with PowerShell and leave its executable file just for compatibility reasons. Let's see how add Command Prompt back to the context menu in Windows 10 Creators Update.

Method 1. Modify the a DWORD value for the existing key

I tested this tweak in Windows 10 build 14986 and it worked as expected. If it doesn't work for you, see Method 2.

Save the following Registry tweak as a *.REG file and double click it to apply. It replicates the default command prompt context menu entry.

You can replace the portion "Open command window here" with any text you want.

You can remove the "Extended" line from the tweak to make the context menu command always visible. It won't require to hold the Shift key to access the command.

To save your time, I made ready-to-use Registry files. One of them contains the tweak above, the other one is the undo file.

Finally, you can use Winaero Tweaker. Go to Context menu - Add Command Prompt to Context Menu and tick the option. You can name the context menu item as you wish and make it visible only in the extended context menu. 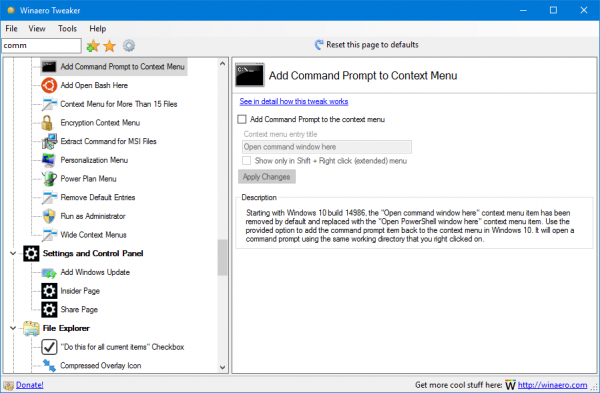