If you have an Android device such as one from Samsung that requires you to press a hardware button to access recently opened apps, you might want to know if there is an alternative way to access this list. In this article, we will see how you can access Android's recent apps list in an alternative way so you can quickly close the background processes of these apps or switch between running apps faster.

Apps don't close on Android when you press the Home button or Back button. Instead they continue to run in the background and if you don't use them for a long enough period, they get suspended.

Android intentionally does not close apps right away so they can be started instantly when you switch to them again. In the suspended state, they do not consume your device's processing power or reduce battery, but they do take some memory. If Android begins to fall short of memory, the apps which you haven't used in a while first get closed automatically.

But if you do want to close some specific apps and want to free up memory, you may want to tell the OS that you no longer need them after you are finished using them. To do this, the standard way in Android is to press some button on your device which brings up a task list of all running apps. Which button to press or long press varies on each device, but for some phones and tablets, it is a hardware button, whereas for some devices, it's a touch button. Once the task list shows, you can drag and slide apps from left to right. Swiping from left to right ends the background processes that exist for that task and signals the OS that it may close any services or always running processes associated with the task.

This task list isn't just for closing apps, it's also how you switch between apps by tapping the thumbnail so even if you never close apps, you may need to access this list frequently to switch directly to another app. 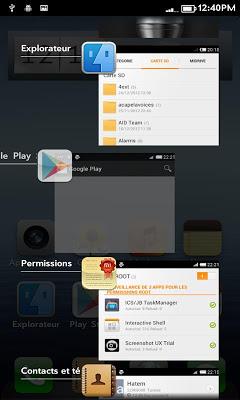 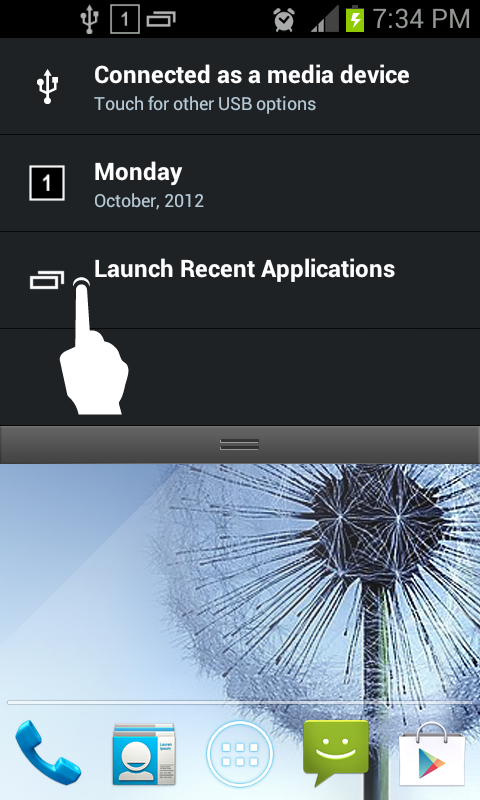 Recent Apps Quick Button also puts a shortcut on your home screen to show recent apps, so there is no need to press any hardware button. The apps runs when your device starts.

If you use an Android launcher, it may already have a button somewhere to show recent apps. Similarly, if your device has a touch button to show the Recent apps list, it may not matter but otherwise you may find this little app handy if you want to avoid pressing hardware buttons on your device all the time. Some may even find it a faster way to show the Recent apps list, while for others, it may increase the life of hardware buttons.