With Windows 10 Anniversary Update, Windows 10 started to aggressively promote apps right inside the Start menu. Without the user even opening the Store, or asking for his or her permission, the operating system installs some apps like Candy Crush Soda Saga, Minecraft: Windows 10 edition, Flipboard, Twitter and many other apps. Here is how to prevent Windows 10 from installing them.

Windows 10 Anniversary Update and all builds later include a feature that automatically installs apps from the Windows Store because it wants to promote some of them. These apps include:

Depending your region, these apps may vary. 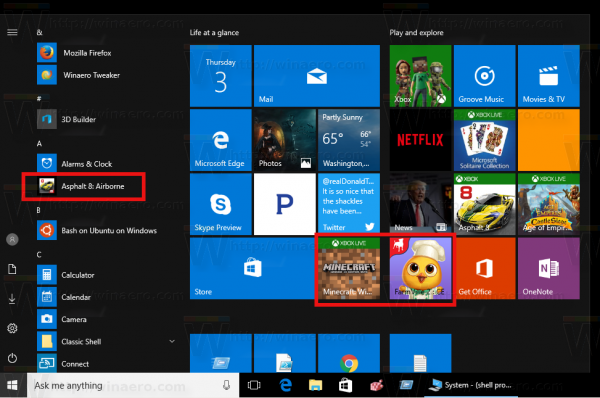 More apps can get installed automatically on your PC if Microsoft decides to push them on the end user. When you are connected to the Internet, Windows 10 will download and install them automatically. After they finish installing, they show up in the Recently installed section of the Start menu:

To prevent this behavior, you can apply a simple Registry tweak. This will not remove existing apps which Windows 10 has already downloaded for you, but it will prevent it from doing the same in the future.

You are done. Now you can safely remove apps which Windows 10 installed for you automatically.

You can do it as follows.