Microsoft today announced that WSL 2 will soon be available as part of Windows 10, version 2004. Also, the company changes the way the Linux kernel receives updated.

With the release of Windows 10 Build 18917, Microsoft introduced WSL 2 to Insiders, the Windows Subsystem for Linux 2. It ships a real Linux kernel with Windows that will make full system call compatibility possible. This is the first time a Linux kernel is shipped with Windows.

With version 2004, Microsoft has removed the Linux kernel from the Windows OS image and instead will be delivering it to your PC via Windows Update, the same way that 3rd party drivers (like graphics, or touchpad drivers). You can manually check for new kernel updates by clicking the ‘Check for Updates’ button, or you can let Windows keep you up to date just like normal. 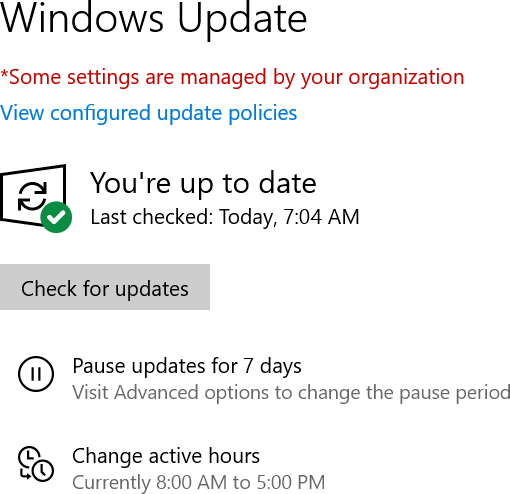 For of the initial release of Windows 10, version 2004, and in the latest Windows Insiders slow ring preview build, you will temporarily need to manually install the Linux kernel, and will receive an update in a few months that will add automatic install and servicing capabilities.  Microsoft will issue a patch later to ensure that all users in the initial general release of WSL2 will be serviced via this new dynamic model.

You’ll see a one-time message instructing you to update your kernel. It will instruct you to go to the link: https://aka.ms/wsl2kernel.

Follow the instructions to download the MSI package, run it to install your Linux kernel, and you’ll be finished and ready to use WSL2. When automatic install and update of the Linux kernel is added you’ll start getting automatic updates to your kernel instantly.