According to the research done by BornCity, the check disk tool in Windows 10 version 20H2 is affected by a bug introduced in KB4592438. After installing that patch Check Disk (chkdsk.exe) destroys the file system during a disk check on SSDs, so Windows 10 can’t start after a reboot. 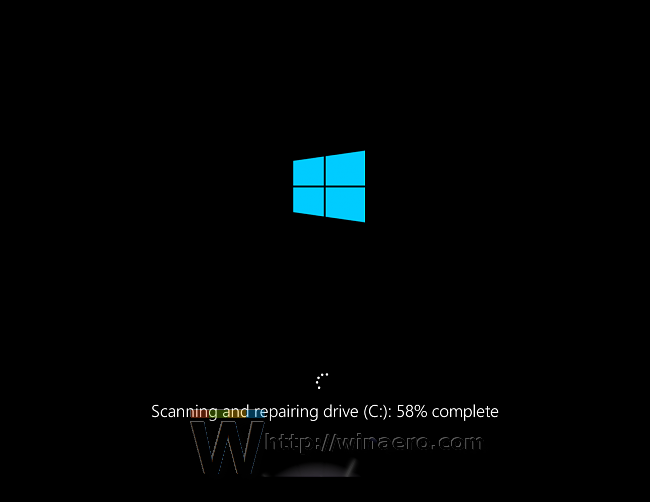 The command that causes the damage is a regular disk check: chkdsk c: /f. The /f switch tells the check disk tool to automatically fix issues (if any). However, due to a bug, Windows 10 stops booting after this "repair", leaving the computer with a damaged NTFS.

The boot sequence ends with the NTFS FILE SYSTEM stop code. When the affected disk is connected to a working system, it only appears as a RAW partition. The /f option of chkdsk has damaged the NTFS. Further analysis of the RAW partition has revealed a corrupted ‘file 9’ and an error in the BITMAPattribute of the Master File Table (MFT).

The above two issues can be fixed if you run chkdsk in offline mode from a bootable media, or in an older Windows 10 version on a different PC. After that, the device will start working again after installing the SSD  in the original PC.

It is unclear if this is a general bug, or it is a hardware-specific issue. In the original post there are users who are also affected by the same bug, but with a different hardware configuration.

Update: The bug is now officially confirmed. Check out this support page, the known issues section.

Microsoft has now acknowledged this bug. The support page for the issued update says:

A small number of devices that have installed this update have reported that when running chkdsk /f, their file system might get damaged and the device might not boot.

If you are affected, the company suggests doing the following.

Microsoft says that after completing these steps, the device might automatically run chkdsk again on restart. It should start up as expected once it has completed.