Today, Microsoft terminated support for Windowsxp, their most popular and most successful OS of the past decade. This means that Windows XP will not receive updates automatically through the Windows Update service and Microsoft will not release security patches any more for it. Windows XP had Microsoft's support for 12 years. Regardless of its age, XP is still very popular and takes the second place (after Windows 7) in terms of popularity.


Windows XP (codenamed Whistler) was released on October 25, 2001. It was a very notable, major update to the Windows family with tons of new features. With Windows XP, Microsoft merged the two branches of Windows, Windows NT/2000 for professional users and Windows 9x for consumers in an attempt to create a single code base on the stable, reliable NT platform.

Windows XP went on to become Microsoft's biggest successes ever and continues to be extremely popular even after it's unsupported. As many users who had never used Windows 2000 or Windows NT 4.0, switched to Windows XP directly from Windows 9x, they found it extremely stable. For them, reliability and configurability of Windows XP was a huge step forward. Thanks to the NT core, Windows XP was rock solid as long as you had the proper drivers. To counter modern, sophisticated forms of malware prevalent today, Microsoft bolstered Windows XP's security further with Service Pack 2, making it highly secure.

Windows XP will always be remembered as the gold standard of Microsoft operating systems. To show our readers how special Windows XP is for Winaero, we have the original Bliss wallpaper available today for you to enjoy at 4K resolution! That's a 600 DPI image and 5 times bigger than the Bliss image file which ships with Windows XP. Download it below by right clicking it -> Save picture as. 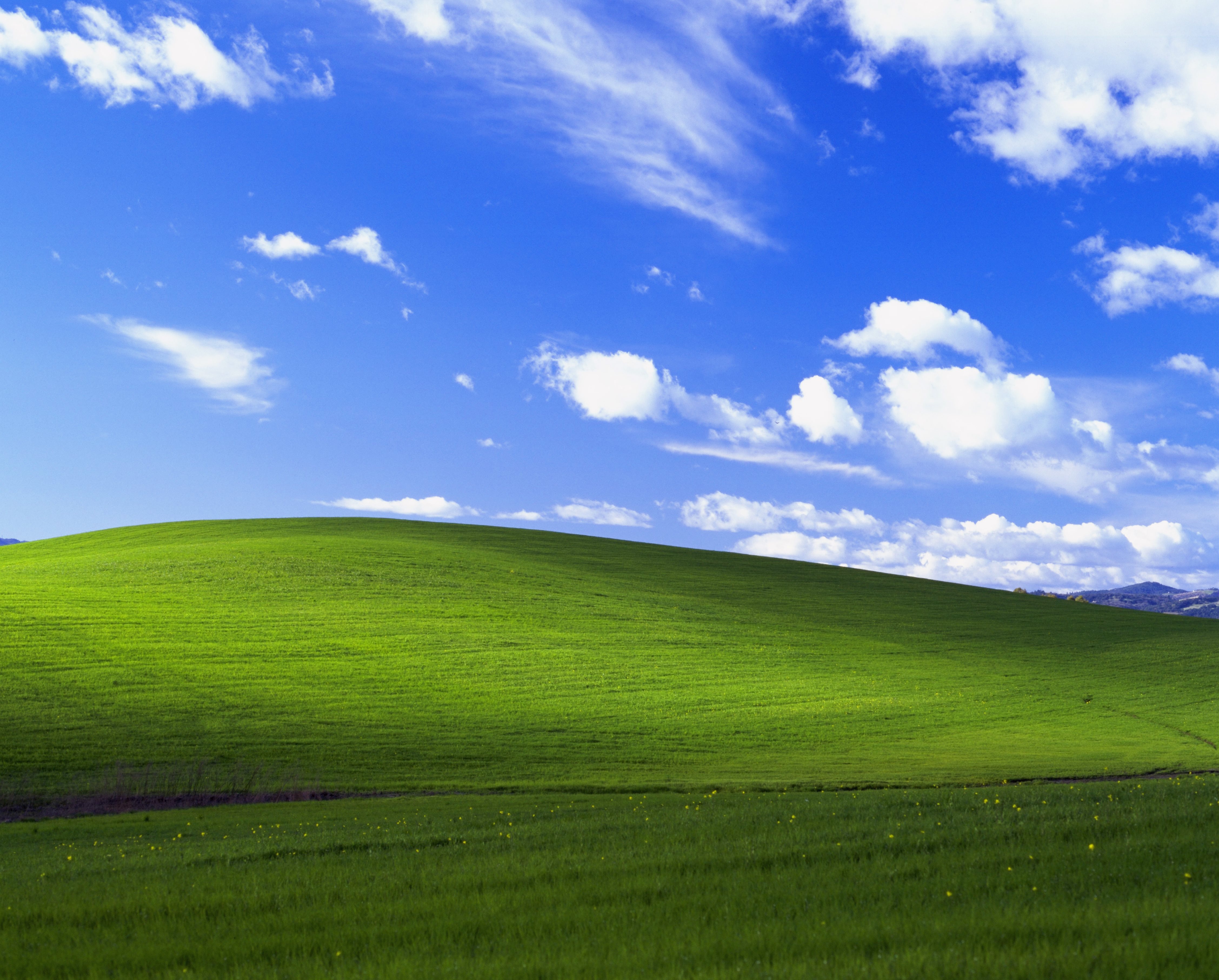 Final words (and a rant)

With Windows XP, the classic Windows era where the professional user was Microsoft's main customer, has ended. Today, Windows caters to consumers only and has become dumbed down, slow, and bloated in size. In fact, despite growing enormously in size, it is less customizable and that is my main issue with it. Microsoft also fails to retain any continuity of features from past releases so every new version requires some adjustment and feature compromises. The Start Menu debacle in Windows 8 is a good example of this, but hundreds of minor features that got removed in Windows Vista, in Windows 7, and in Windows 8 may never make it into the future as Microsoft's focus has shifted from the professional, productivity-oriented user to the hipster generation.

What remains special about Windows XP is that it retained the end user control, advanced features and continuity from past releases that power users and IT professionals need. Even with its unprecedented ease of use, Windows XP was highly customizable and had the most logically designed, productivity-focused user interface. In contrast, newer Microsoft Windows versions have moved away from power users and focus exclusively on being friendlier to casual users/consumers, which gives IT pros, power users and developers a tough time customizing and setting up the OS to their liking.

Microsoft today continues to reduce the choice that Windows users enjoyed for the past two decades - they are different company today. Modern versions of Windows which have the NT6 kernel have removed an enormous amount of features and yet they eat your hard drive over time, work slower and have reduced configurability in many aspects. Even Windows Explorer, which is a core component of Windows, works many times slower than XP's Explorer and is far less customizable. From my point of view, newer versions of Windows are worse than Windows XP as far as versatility goes, although they may be more secure.

Today, it is time to say a final goodbye to Windows XP. If you have not switched to another Windows version, it is time to do it now to stay secure although you lose many features and end up sacrificing productivity, usability and customization. At this moment, you have a choice between Windows 8.1 and Windows 7. Windows 7 is closer to the classic Desktop metaphor, but Windows 8 is a crazy mess of a touchscreen oriented UI and the Desktop mode that does not result in an overall great experience. Where will you switch? Tell us in the comments.

Microsoft's challenge ahead remains not just catching up in a mobile-first world, but also re-creating XP's level of success, if they understand for their own good, what made Windowsxp so enormously popular.

11 thoughts on “Windows XP support has ended today: A farewell to the venerable OS”