This update includes the following improvement:

You can always check the installed Windows Feature Experience Pack version by opening Settings > System > About. 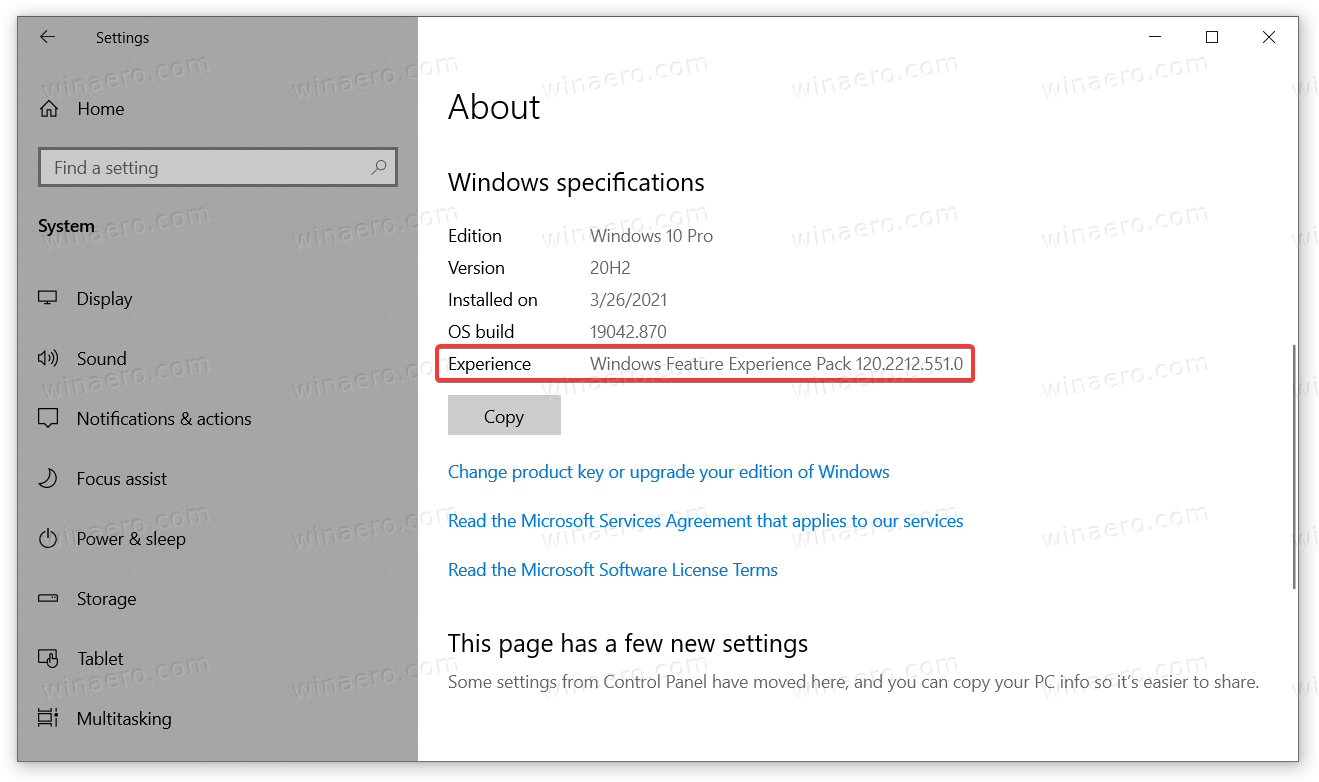 Windows Insiders in the Beta Channel can go to Settings > Update & Security > Windows Update and check for updates to receive the Windows Feature Experience Pack update. Today's update is labeled as 10.0.19041.686 (vb_release_svc_upp.210414-1700).

Microsoft is using Windows Feature Experience Pack to deliver new features to older releases of the OS. Windows Feature Experience Pack will bring new features from newer Windows 10 releases to its older versions, providing users with useful additions without them having to upgrade their devices to a newer Windows 10 version. In fact, such features may already be present in the OS, but remain hidden. This was the case with Windows 10 version 1903 and version 1909. The latter was just an 'enablement' package that unblocked hidden features in version 1903 that were already delivered with cumulative updates. The same was repeated with version 2004 and version 20H2. Even for version 21H1 which will be a minor update despite coming in the first half of the year, it'll be all the same. The big feature update, version 21H2, will arrive later in 2021.