It’s been 25 years since Microsoft launched Windows 95. Windows 95 was the first Windows version which introduced the classic UI that includes the taskbar, the Start menu, the Recycle Bin folder, Explorer, and other traditional apps and features we still have in modern Windows versions. 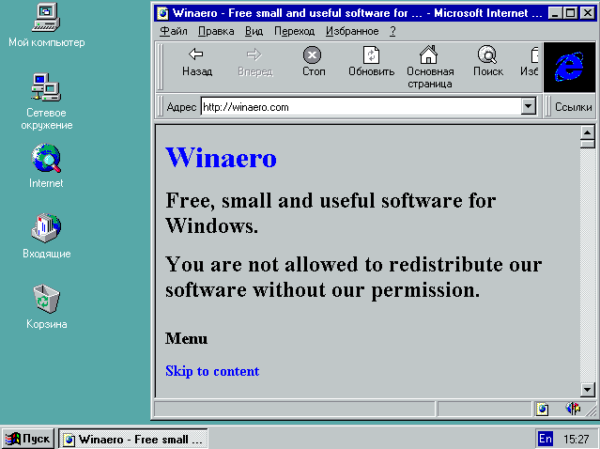 To celebrate Windows 95 the 25th anniversary of Windows 95, Microsoft has published two interesting podcast interviews of engineers who worked on Windows 95. Both devs still work in Microsoft. One of them is Raymond Chen, who is also known for his popular The Old New Thing blog.

Check them out here:

Finally, there is a short "look back" video on the official Windows Insider Program channel on YouTube, that shows the transition of the Windows UI starting from Windows 95 to Windows 10. Interestingly, it doesn't include a single screenshot of Windows Vista or Windows Me, which both play a significant role in Windows history, but were a commercial failure for the company.

If you are an Xfce user in Linux, you can easily transform your system into Windows 95. Refer to the Chicago95 project. It is a suite of icons, themes, and other appearance components that fully replicate Windows 95. It comes with the original graphics, and supports both Xfce 4.12 and Xfce 4.14. It is also one of the best GTK themes available today.