AdDuplex has published a new statistical report on the use of different versions of Windows. While this data is not accurate, AdDuplex remains the exclusive information source about the market share of different Windows versions. Microsoft doesn't share this information.

AdDuplex provides an SDK which in use by about 5k apps. The data collected from those apps are used to generate their monthly report.

The updated data show that Windows 11 adoption rate has slowed down significantly. The key points of the April report are as follows.

Finally, Insider Preview releases of Windows 11 have just 0.7% of the user base. 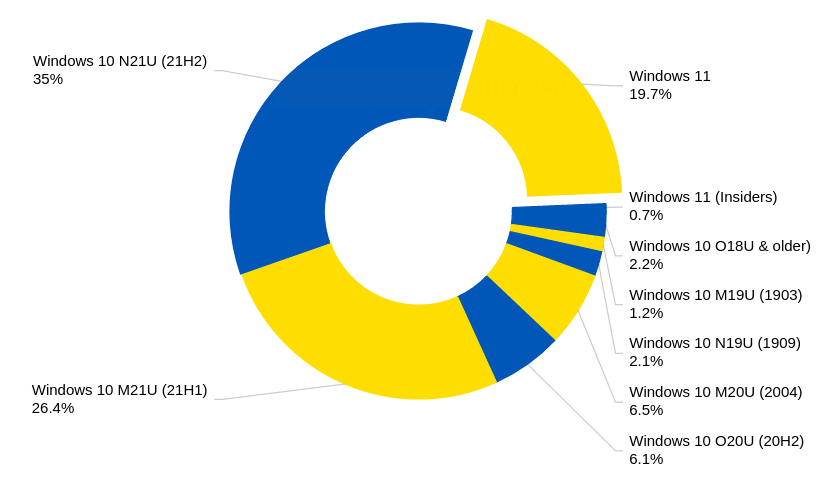 The popularity of Windows 10 version 21H2 can be explained by two factors.

First of all, Microsoft uses a very short time frame of support for each of Windows 10 releases. So this causes them to deprecate and reach the EOL date very quickly. For example, Windows 10 version 20H2 will stop receiving updates in coming weeks, in May 2022.

Windows 10 version 21H2, on the other hand, has become broadly available this month. Since it is a minor update to 21H1 and even 20H2 that installs in a few minutes, it is well received by users and is now widely used.

One thought on “Windows 11 share grew by only 0.4% in April, reports AdDuplex”