Wake on Touch is a feature that nowadays comes as standard with almost any modern smartphone. It allows waking a phone or tablet with a mere tap on a screen without pressing physical buttons. Back in the day, Nokia debuted the Wake on Touch (double tap, to be precise) feature in its Lumia smartphone series, and since then, it became a new default that makes using a phone or tablet much easier. Now, it looks like Wake on Touch is finally coming to Windows tables. Enthusiasts managed to dig out some references to that feature in a recently leaked build of Windows 11.

Unfortunately, we do not know many details about Wake on Touch in Windows 11. Still, a corresponding setting already exists in the operating system, and you can find it by typing "Wake on Touch" in the search bar. Keep in mind that the option may not show up if your device has no touchscreen. Also, you cannot turn it on even on devices such as Surface Pro 7 or similar. Presumably, Wake on Touch requires specific hardware that allows a computer to recognize a touch while sleeping without consuming much energy. 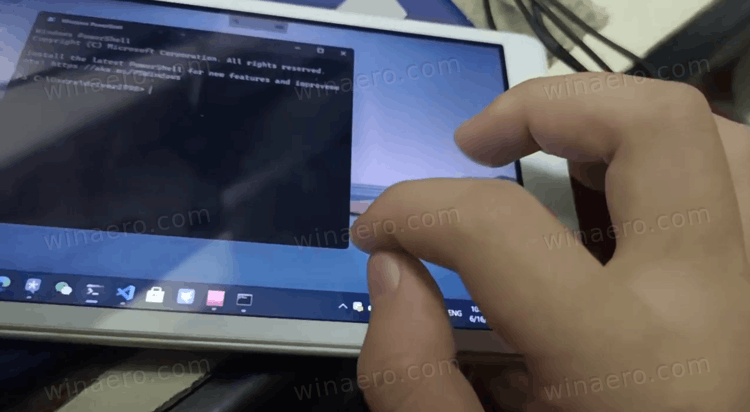 Some users speculate that the Wake on Touch feature will be one of the new capabilities in the upcoming Surface Pro 8, which is due to debut this fall. According to numerous rumors and speculations, Surface Pro 8 will be the biggest upgrade to Microsoft's flagship Windows tablet since Surface Pro 4 in late 2015.

Until Microsoft comes out with all the details about new features in Windows 11, take all those reports with a grain of salt. All we know for sure is that Windows 11 contains references to Wake on Touch without many details. The good thing is that the wait is almost over, as Microsoft plans to unveil Windows 11 on June 24, 2021.