Here is how to Join Windows Insider Dev Channel on Windows 11 with an unsupported device. Microsoft has started testing the next feature update for Windows 11, scheduled for release in fall 2022. Already, insiders on the Dev channel are receiving rs_prerelease builds with numbers 224XX and higher, which refer to either version 22H1 or 22H2.

At the same time, Microsoft initially noted that insiders with unsupported PCs will be able to use builds of Windows 11 from the Dev channel only until the official release of the system, after which the company strongly recommends returning to Windows 10 using a clean reinstall. Despite the fact that there is over a month before the release of Windows 11, Microsoft has already excluded unsupported PCs from Windows Insider. 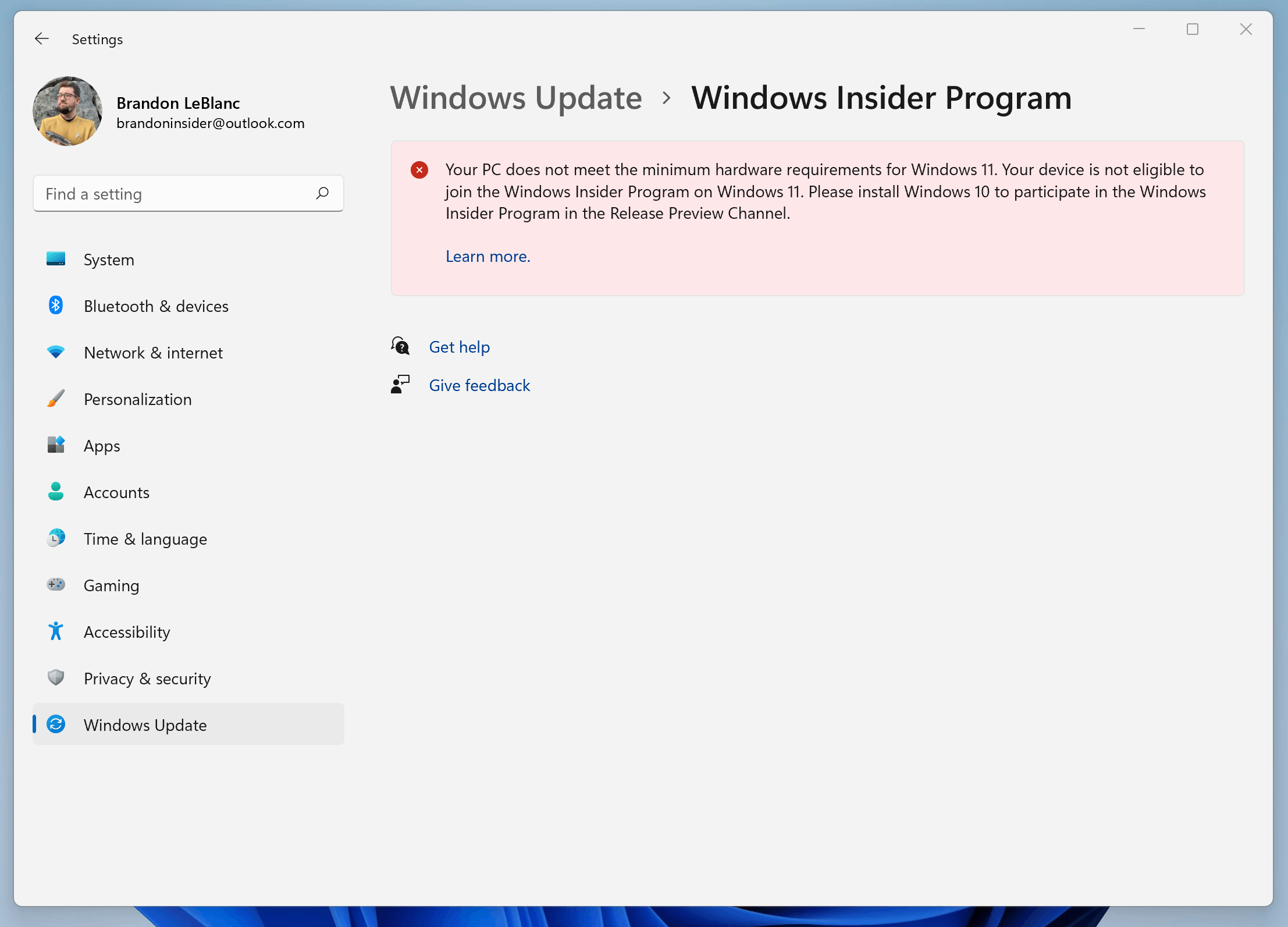 If you unlucky with your device, you will not be able to get back into the Insider program using the Settings app. You will not even be able to select the Beta channel, since there is simply no corresponding setting. You can try to manually change the registry, but this method is unlikely to work. Here s a better solution.

Note that every time you install new builds from the Dev channel, a window will appear informing about the incompatibility of your PC with the new OS. To solve this, you will need to do the following, again each time.