Microsoft today released Windows 11 Insider Preview Build 25136 to the Dev Channel. The update adds tabs to File Explorer, so you no longer have to enable them manually. Besides, there are widget updates, fixes and general improvements, along with two updated stock apps, Notepad and Media Player. 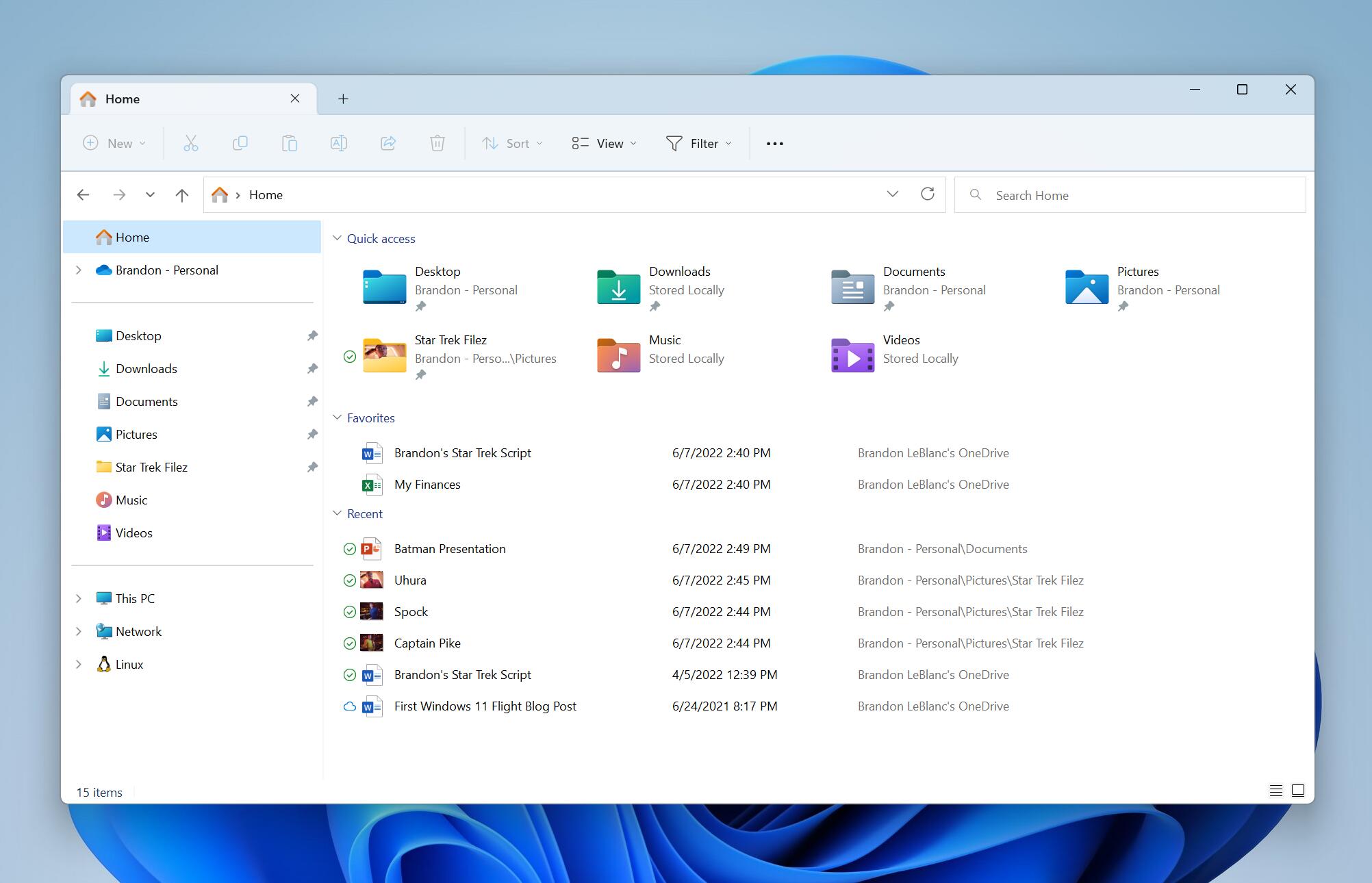 File Explorer now has tabs. They appear in the title bar, similar to how they look in modern web browsers. You can open any folder in a tab and work with multiple locations simultaneously using just one Explorer window.

In addition to tabs, File Explorer includes a reworked Navigation Pane (the left area). It now has more prominent sections, and moves the pinned folders outside of the "Home" location on the left. Instead of being organized into a tree view, they now appear as individual icons in their own section. OneDrive now appears as the second icon from the top, right below the Home icon. The classic items, such as This PC, Network, etc, are in the third bottom-most section.

This way, This PC now lists drives, and you can access your pinned and frequently visited folders much faster.

When you navigate to folders syncing to OneDrive such as Documents, Pictures, etc., the address bar displays the correct path to help bring clarity when your folders are on the cloud vs when they are local to you.

Microsoft noted that they roll out these changes gradually, so for some users the change may be not available by default.

In addition to the weather forecast, Widgets in this build are able to show news and stocks in the taskbar. Windows will update the left taskbar corner when "something important happens related to these widgets". If you don’t interact with the content update the taskbar will return to showing you the weather.

Again, Microsoft is rolling out this change gradually.

This release comes with a good set of fixes. Microsoft notes that some of them will also reach the stable version of Windows 11 with upcoming cumulative updates.

Addressed an issue which was leading to some PCs being erroneously detected as tablets. When this happened, compact mode and the option to hide checkboxes in File Explorer wouldn’t take effect.

Fixed an issue causing some Insiders to experience a SYSTEM_SERVICE_EXCEPTION bugcheck in recent Dev Channel builds.

Fixed an issue that was sometimes causing taskbar apps to overflow with the system tray icons.

When you hover on an app in the system tray, its notification will no longer flash.

Fixed an issue that could cause Start to only show one column of recommended items.

If you’re pinning a large number of apps to Start, it should now refresh to show them more reliably.

Fixed an issue from the previous flight where Disks & Volumes section of System > Storage wasn’t displaying any disks or volumes.

Microsoft made a fix to help with a rare issue which was causing title bars to sometimes go transparent or missing sometimes in certain apps.

Fixed an issue where Windows Update might unexpectedly show error 0x00000000 when there wasn’t anything wrong.

Fixed an issue which was leading to some devices bugchecking with HYPERVISOR_ERROR when trying to upgrade to a new build.

Fixed an issue which was causing Task Manager to crash on launch sometimes after switching between light and dark mode or changing accent color.

Fixed an issue which could lead to increased latency or stutter in games when v-sync was used.

Fixed an issue which could cause some PCs to freeze after running the wsl –shutdown command.

As for known issues, Microsoft warns that this build fails to hibernate on Surface Pro X, and recommends to avoid this release until they fix the issues.

The Mica material and Acrylic blur effect may not render correctly in the Start menu, Notification Center and other areas.

For some devices, this build does reboot instead of shutdown when  you select Shut down from the Start menu.

There are some other minor issues with Explorer, Live Captions, and other areas listed in the official announcement.