You can now find the required process by entering its name, PID, or publisher name in the search box in the title bar of the Task Manager window. The app will check it against all possible matches and then display them on the current page. The filter is saved even when switching between sections. You can press ALT + F to set the focus to the search field. This feature is useful if you want to highlight a process or group of processes to take action on or simply monitor performance. 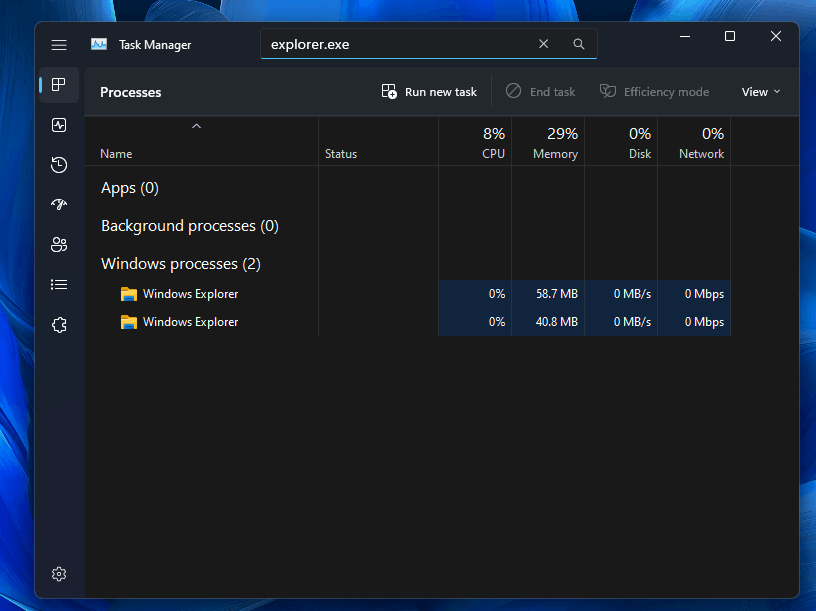 Now you can choose the dark or light theme in the Task Manager settings, regardless of the current theme in Windows. 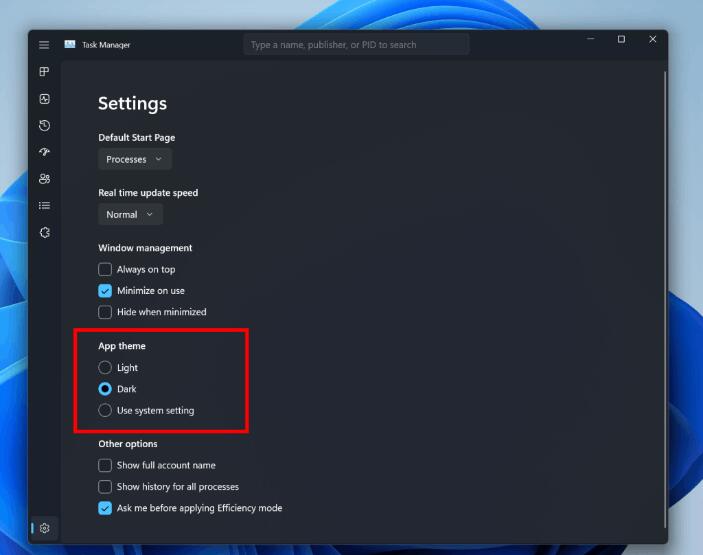 Also, the selected theme is now applied to all task manager dialogs, except for “Run new task” and Properties dialog 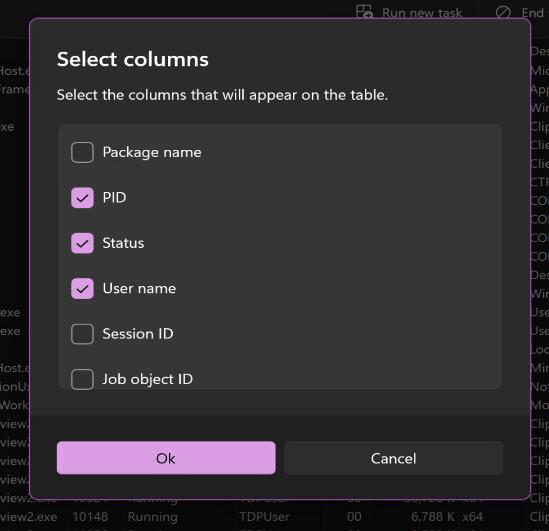 Microsoft has made it easier to enable efficiency mode, and also added the ability to opt out of confirming an action in a separate dialog box. To do this, you can check the “Do not ask again” option in the dialog box or use the corresponding option in the “Task Manager” settings. 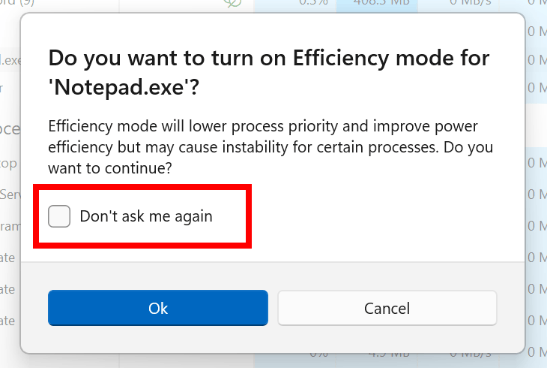 Fixes in both builds