Microsoft today released a new build from the Dev channel to Insiders. Windows 11 Insider Preview Build 22478 is now available via the Windows Update service.  It comes from the RS_PRERELEASE branch, which is not tied to a specific Windows release. Such builds have all the bleeding edge changes and also show a desktop watermark.

The features Microsoft introduce in these builds may or may not appear in the stable branch of Windows. They can be delivered with cumulative updates, or become part of major feature updates. It is up to the Redmond software giant to define whether they are ready or not.

This build introduces a new emoji design. In July, the Microsoft Design team unveiled new Fluent Design emojis that will eventually appear across all Microsoft 365 products, including Windows. Starting with today's build of Windows 11, you can give them a try! 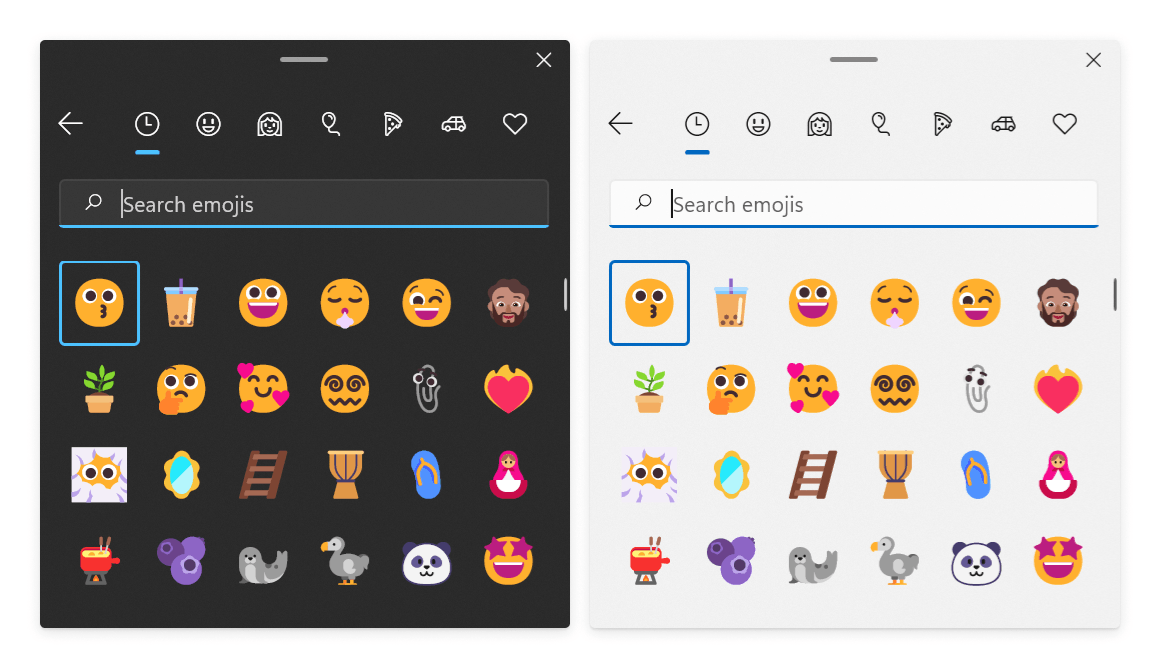 To check out the new emoji, open up the built-in emoji panel using the Win + . hotkey.

The official change log includes a few more details, including the list of fixes. Check out it here.