Apart from some controversial changes, most users, so far, have had a positive experience with Windows 11. The operating system is snappy, stable, and often works better than Windows 10. Still, there are thousands of various PC configurations, which means things sometimes get out of hand. Apparently, Windows 11 cripples performance of some NVMe SSD drives.

Users on Reddit and Feedback Hub report noticeable speed degradation in NVMe SSDs after updating from Windows 10 to Windows 11. In some extreme cases, random read/write speeds go down two times or worse. Interestingly, the bug affects only drives with the operating system—other SSDs inside a single PC operate at their normal speeds. 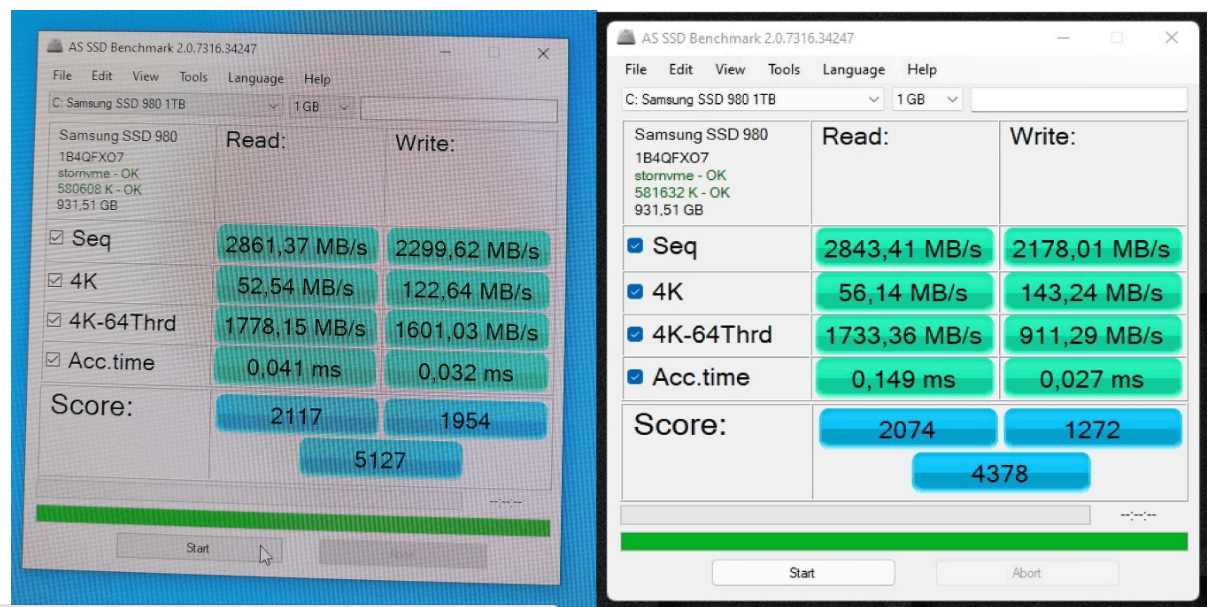 Users also managed to find that the problem affects only partitions on which Windows 11 is installed. To confirm this, a user on Microsoft Answers website has created several partitions on his Samsung 980 Pro NVMe drive. On two of the partitions he installed the operating system. His tests show that when the partition works as a system Windows 11 partition, there is a drop in random write speed, while other partitions on the same disk have no performance changes.

Although there are no official details from Microsoft regarding the bug, it appears that the problem lies within a Microsoft NVMe driver. A set of tests conducted by Jeff C (via Feedback Hub) reveals that NVMe drives with third-party drivers work with no issues.

First reports about read/write speed degradations in Windows 11 date back to September 2021, a month before the public launch. Still, Microsoft is not blocking PCs with NVMe SSDs from updating to Windows 11. Also, there are no possible workarounds.

With that in mind, you may want to stay away from installing the newest operating system for now. Especially when you consider that the Microsoft engineer confirmed the problem two months ago. As usual, it is wise to give Windows 11 some time to mature and get rid of annoying bugs. Microsoft plans to continue supporting Windows 10 for five more years, so there is no reason to rush the update.