The Virtual Desktops feature of Windows 10, also known as Task View, is getting further improvements in the near future. Soon you will be able to add or remove Virtual Desktops individually for each of the connected displays.

The change has been discovered by Albacore, a well known Windows enthusiast and the author of the ViveTool app. A new toggle switch is now hidden on the Multitasking page in Settings > System.

This is one of the most anticipated features by users with multiple displays connected to the PC. When enabled, it will allow you define the individual number of virtual desktop of each of the monitors you are currently using. 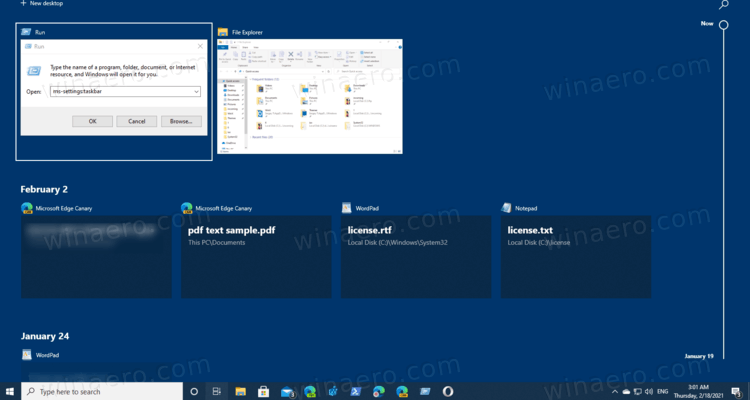 The Task View virtual desktop feature in Windows 10 is something that users of Mac OS X or Linux have for many years. But for casual PC users who have used Windows only since eternity, it is a step forward. The ability to have multiple desktops exists in Windows since Windows 2000 at the API level. Several third party apps have used those APIs to provide virtual desktops, but it is Windows 10 that has made this feature available out-of-the-box in a useful way.

Task View opens a desktop overview when you click on the icon in the taskbar. While you can manipulate virtual desktops with your mouse, there are also plenty of keyboard shortcut to manage it efficiently. You can also create an extra desktop shortcut to open it.