Windows 10 build 21277 is full of hidden gems. We have already seen a bunch of new Settings options, such as the Webcam page, Battery usage history, and more. One more hidden feature that is coming to Windows 10 is lock screen images with the panning motion effect.

Currently, Windows 10 only supports static lock screen images. They can be automatically changed using the beautiful Windows Spotlight image collection, but they have no animation yet. 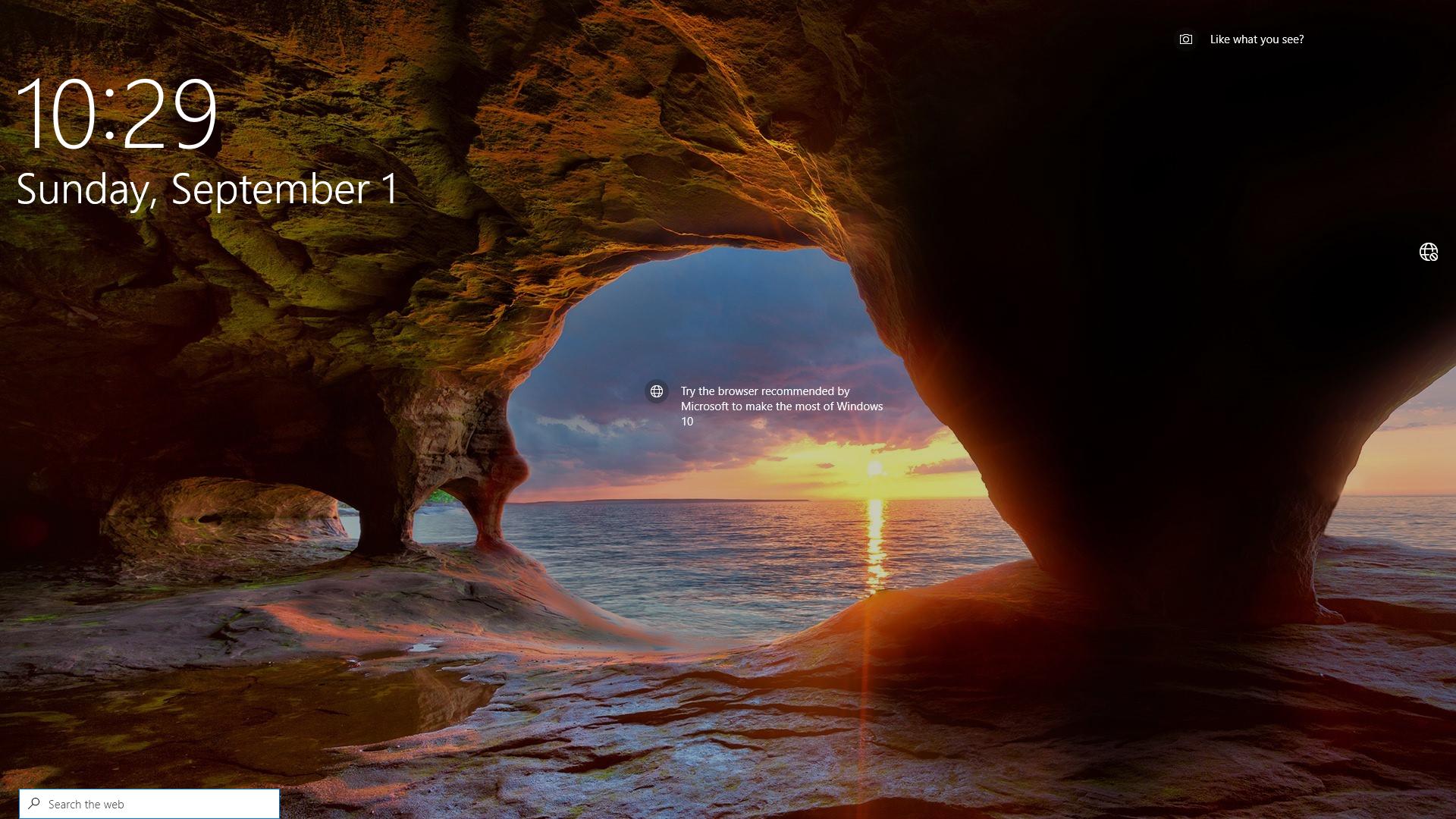 Lock Screen Background Motion is a new feature that adds a new dynamic capabilities to the OS.

If a device comes with an accelerometer, Windows 10 will use it to perform panning motion for the lock screen image. Once user will move his device or change its orientation, the lock screen will reflect this. There will be an option to enable this, named Show animations on the lock screen background picture. It was available but hidden in 202xx "Iron" builds up to 20241 under Settings > Personalization > Lock Screen. 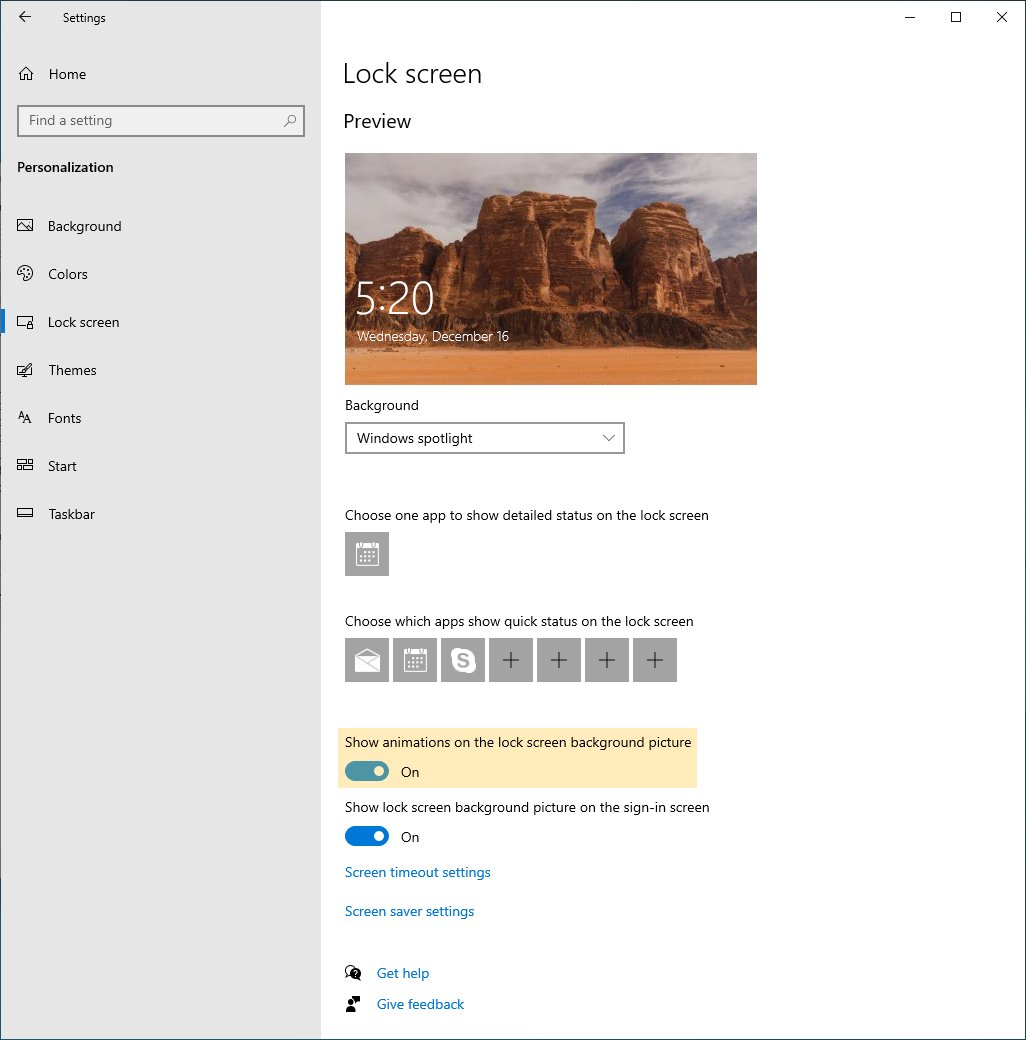 Starting in Windows 10 build 21277, Windows 10 includes a new group policy that can disable or enable this feature. However, there is only a group policy, the feature itself is missing. 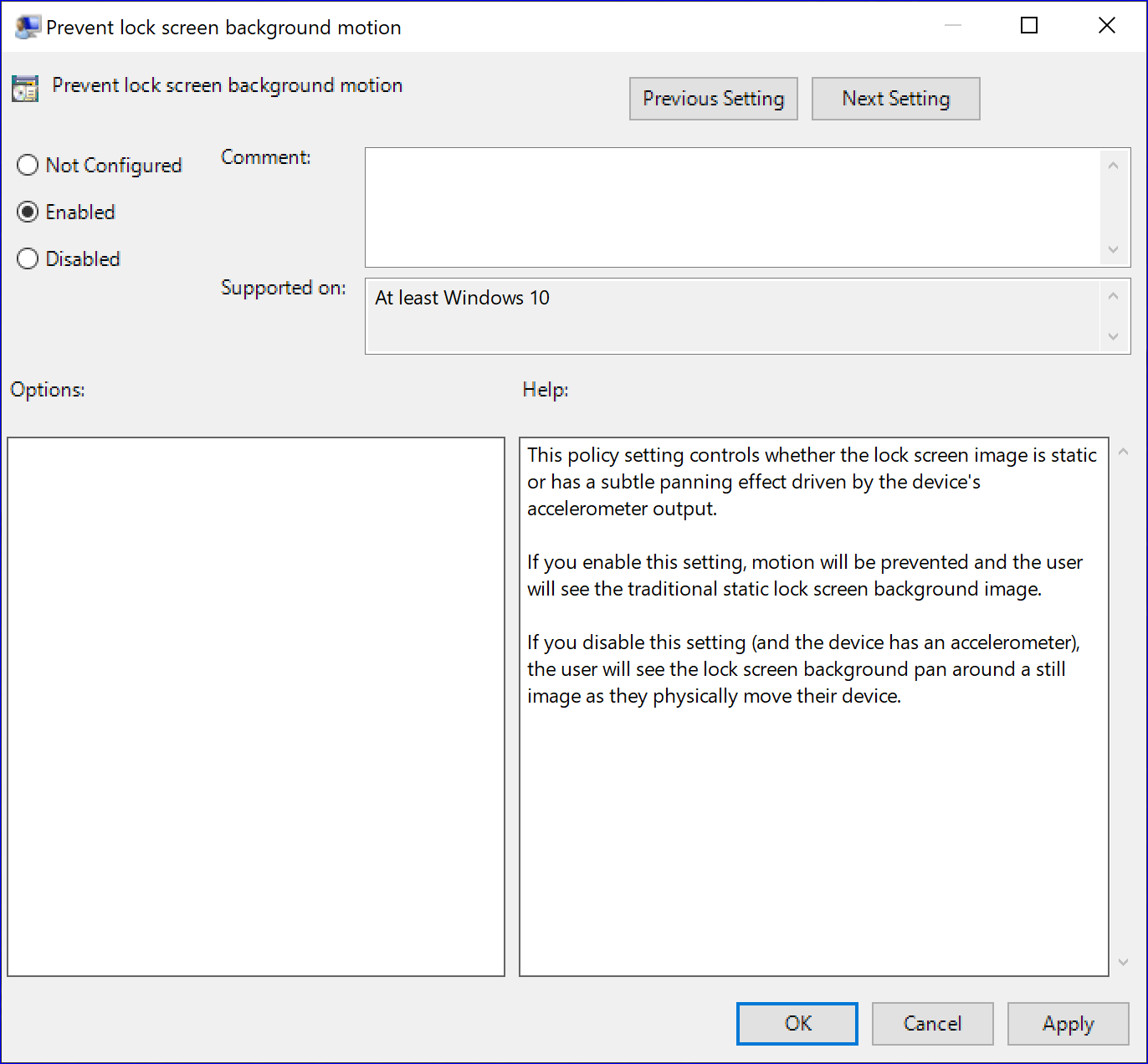 It was removed from anything later than build 20241, and still didn't return in Windows 10 build 21277. It is a work-in-progress. I bet it will part of the new Sun Valey UI.

Currently, the user can make the lock screen appearance a bit fancier by enabling the Spotlight feature. Also, Microsoft is going to make it possible to set Windows Spotlight as your Windows 10 desktop wallpaper. The latter is probably the most anticipated feature that many users are looking forward to. All these changes will probably reach the production branch of Windows 10 with version 21H2, the next major feature update to the OS. It is unlikely that we will see them in version 21H1, which has turned into a minor update.

The Group Policy was first spotted by Tero. The Settings option was discovered by Albacore.