If you prefer the Windows 7-like tray calendar which appears when you click the date at the end of the taskbar, you probably already know that it was possible to get it back in Windows 10. There was a simple Registry tweak which allowed you to disable the modern Date pane of Windows 10 and restore the good old tray calendar with the analog clock. Microsoft has decided to remove this ability.


Previously, we wrote how to get the old Windows 7-like Calendar and Date pane in Windows 10. In short, the user could apply a simple Registry tweak:

After doing this, the Metro calendar in the system tray changed its look from this: 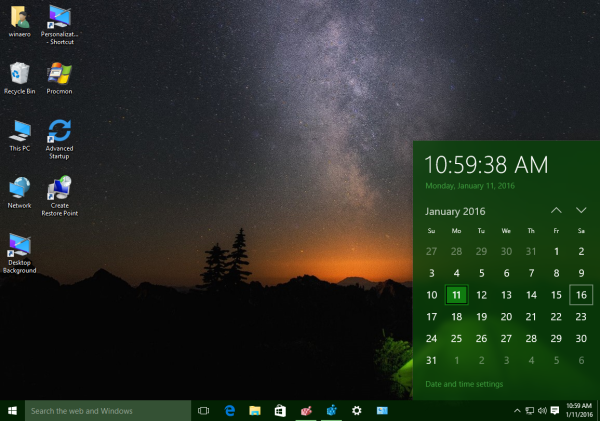 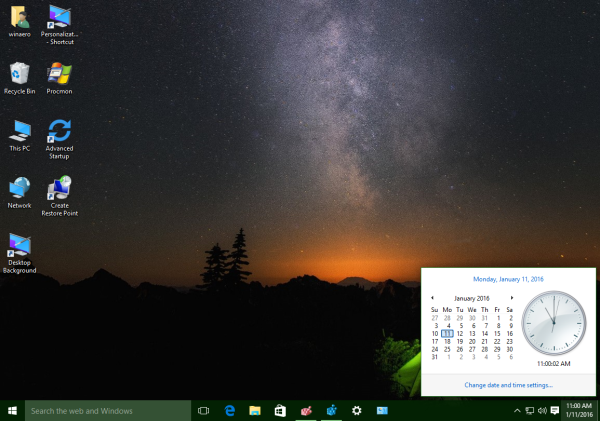 Personally, I preferred the old tray calendar, as it opened much faster than its Metro counterpart. It also showed an analog clock for the current system time and additional analog clocks for 2 time zones. It was a native code implementation and one of the first tweaks I apply in Windows 10.

It looks like Microsoft decided to not include this legacy option in the upcoming Windows 10 Redstone update as it was an undocumented tweak probably. The recent Windows 10 Redstone build released for Insiders, build 14291, does not have this option working any more. The mentioned Registry tweak does nothing.

Actually, this is not a surprise. It was probably included only as a stopgap measure for compatibility purposes until the new XAML-based managed code UI was thoroughly tested. Now that a few releases of Windows 10 have this new code, Microsoft must have decided to make the whole Windows 10 UI available in the Modern/"Universal" style only, removing all the classic features and options and replacing them with Metro equivalents. The Settings app is also slowly inheriting all Control Panel settings. There are also rumors of a touch-friendly Explorer app. In the end, the classic Control Panel will be removed from Windows 10. Just recently, taskbar properties were added to the Settings app. It is highly possible that other Registry tweaks to bring back classic functionality will also be gradually removed.

What do you think about this change? Will you miss the removed calendar option?