Last week, Microsoft released the first Windows 10 Insider Preview build (16170) from the Redstone 3 development branch. After spending some time with the new build, some people noticed there are hidden and disabled options in it, including the MyPeople feature which was first introduced back in October 2016 and was later cut from Windows 10 Creators Update. The feature is working in this build as expected and almost fits all the scenarios shown by Microsoft officials during its first demo. It has some rough edges and the user experience is a bit ambiguous, which has possibly been the reason for its removal from Creators Update. 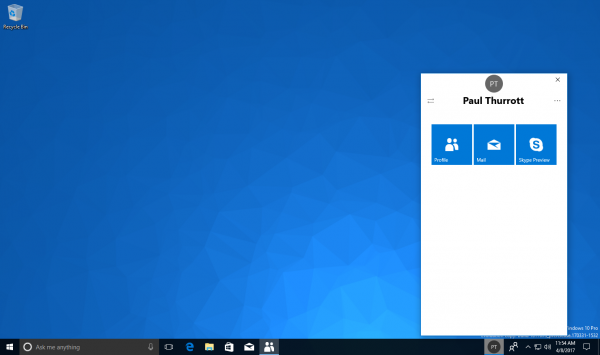 Rafael Rivera has provided some screenshots of the activated and fully functional MyPeople feature. According to him, the feature works as intended: you can pin people to the taskbar, access their profiles from there, send messages and share files by just dropping the files over the contact's icon. 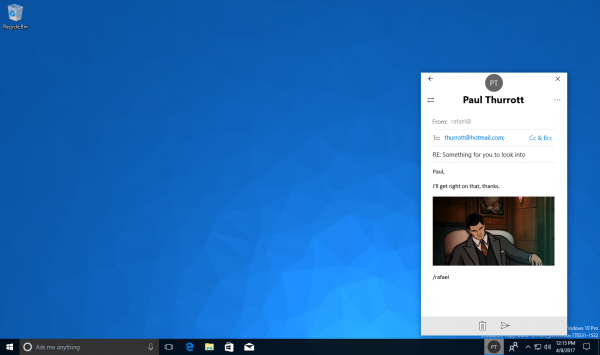 Third party apps are expected to integrate with it too, but for now you can use Skype and Outlook Mail to contact the people you have in the contact list. It also integrates with the system Share UI to let you send content from other apps directly to the people you want. 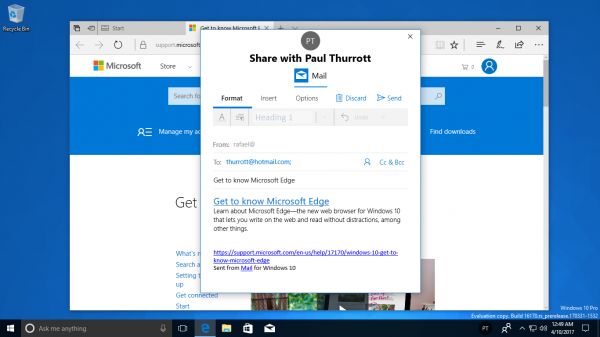 While Rivera hasn't yet revealed how you can enable this feature by yourself, the MyPeople hub is expected to show up in Windows Insider builds in the near future. But for now, you can just enjoy some of the available screenshots.