The next major update for Windows 10, officially known as Windows 10 Creators Update, comes with a number of features which were spotted during the recent October 2016 Microsoft Event. One of those features is a new toolbar which shows up to five of your contacts right on the taskbar. It is called "People Bar".

Previously we wrote that Windows 10 get the People Bar feature but the details were vague. Now it has come to be known that the People Bar is a new toolbar which is not present in current Windows 10 releases. It allows the user to pin his favorite contacts directly to the taskbar and will show all the ways to communicate with that contact. 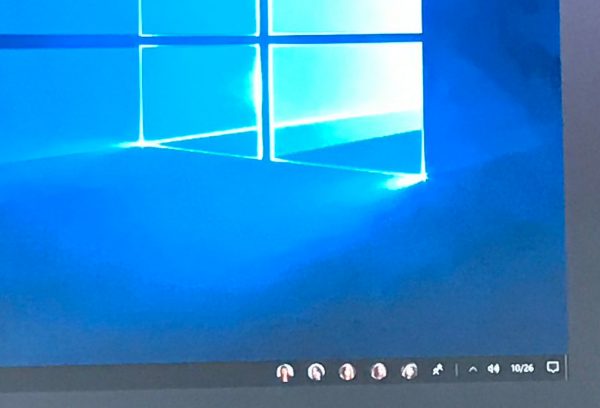 It provides a number of useful quick actions. For example, you can quickly create an email message by clicking the icon. Or, if you drag and drop a file on the pinned contact icon, it will be possible to share it quickly.

The People bar will have integration with the whole communication platform in Windows 10, providing the access to email, Skype and other supported app sources quickly from one place.

The People bar is probably useful for users who have to do a lot of communication daily.

What about you? Do you find the People Bar idea useful and interesting?

5 thoughts on “Windows 10 Creators Update is getting People Bar”