Microsoft has released Windows 10 Build 20197 to Insiders in the Dev channel. The release officially introduces the modern Disk management that we have seen as a work-in-progress earlier, and a number of fixes and general improvements.

We mentioned we had more Settings work on the way, and here’s the next one – as of today’s build you’ll now be able to manage your disks and volumes from within the Settings app. This includes tasks such as viewing disk information, creating and formatting volumes, and assigning drive letters.

Unlike the existing Disk Management MMC snap-in, this modern experience was built from the ground up to with accessibility in mind. It also features better integration with features such as Storage Spaces and the Storage breakdown page.

Go to Settings > System > Storage and click Manage Disks and Volumes to get started. We’d love to hear your feedback once you try it out. 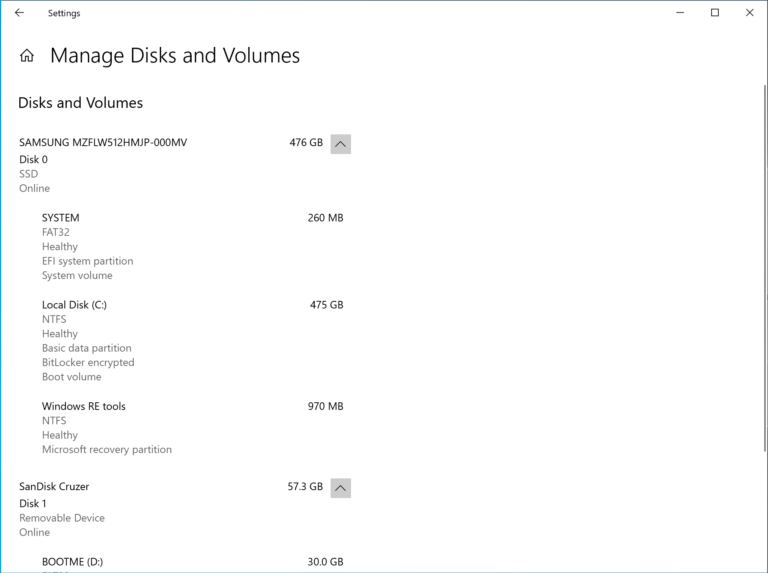 The existing Disk Management MMC snap-in is still available for those that need it.