Microsoft is releasing Windows 10 Build 18932 to Insiders in the Fast Ring with a number of new features and user interfaces improvements. Here are the changes introduced in this build.

We’re continuing to extend and improve Eye Control based on your customer feedback. With this release, we have improvements in the following areas, which we invite your feedback about through the Feedback Hub and Microsoft Accessibility Feedback Forum.

Drag-and-drop: One of the most requested features, performing mouse drag-and-drop, is now implemented in Eye Control. When turned on from within Eye Control’s settings screen, the precise mouse control tool now allows mouse drag operations, as well as the ability to combine clicks and drags with Shift and Ctrl modifier keys. 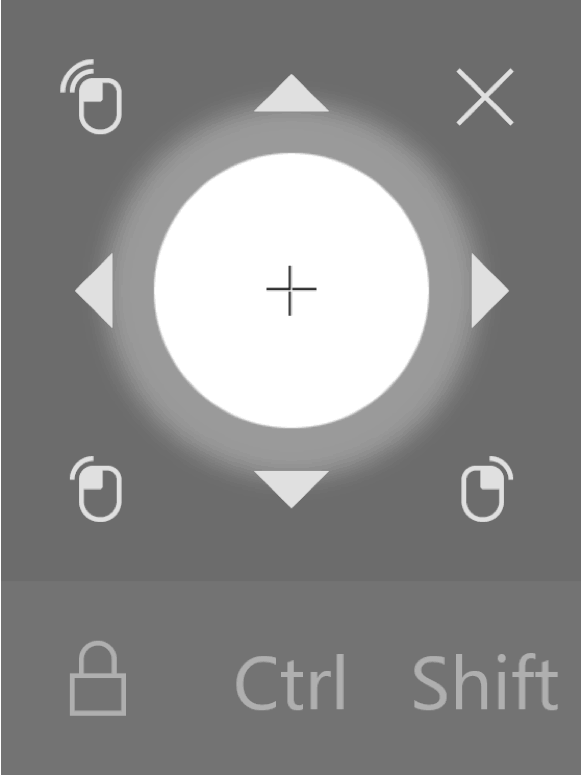 Pause: We’ve made improvements to the pause experience. Selecting the pause button completely hides the launchpad. When dismissed, the launchpad reappears when you briefly close your eyes or look away from the screen. This allows uninterrupted viewing of full screen content, like watching a video. Similarly, it also allows eye gaze enabled applications to be used without triggering Eye Control features, useful if playing the recently launched Eye First applications.

Switch support: Previously, Dwell was the method for clicking a button. Dwelling is the act of fixing your eyes on part of the screen and keeping your eyes there for a specific amount of time. In this release, we’re adding a second activation method, switch. In this method, dwell is used to select the target, but clicking a button is done with switch. Currently switches on joysticks, or devices emulating joysticks, are supported.

Settings: We have updated settings to allow you to manage more Eye Control features. This includes enabling some of the new features and more fine control of the numeric values that change how responsive the system is to eye movements. This allows for a more customized and natural feel for your Eye Control experience. 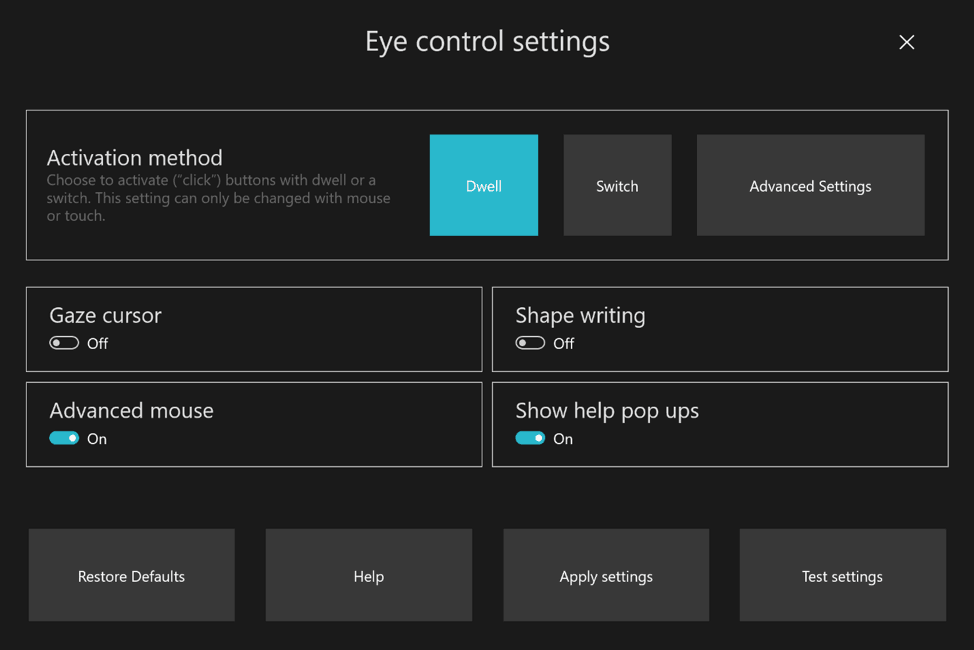 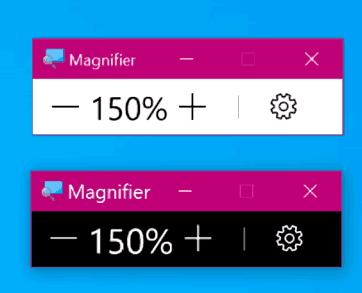 Over the last few releases, based on your feedback, we’ve been working on giving you more control over potential interruptions. Introducing Focus Assist to automatically suppress notifications when you’re trying to stay in the moment and not get distracted, and adding the option to use middle click to dismiss notifications if you want to quickly make a notification toast go away.

One thing we’ve heard from you, though, is that our notification settings aren’t easily discoverable. In addition, once you find the settings, they can be difficult to understand.

In order to address this, we’ve begun rolling out a few changes, including:

We hope you like these changes! They’re currently available for a portion of Insiders in the Fast ring, and we’ve seen positive results so far. We’ll let you know once they are available for all Insiders. If you have any further feedback about notifications, please don’t hesitate to share it with us here.

Hello Windows Insiders. Today, we’re bringing additional new features to the Phone screen, which includes the ability to one touch tap and integration with Notifications. Try out these preview features and give us your feedback.

You will now be able to interact with your phone screen using one-touch tap and long press. This handy feature will allow you to conveniently open apps, select items, click on links, and more, directly on your touch-enabled PC.

Note that your text message notifications (SMS, MMS) will continue to be available within the messaging node. 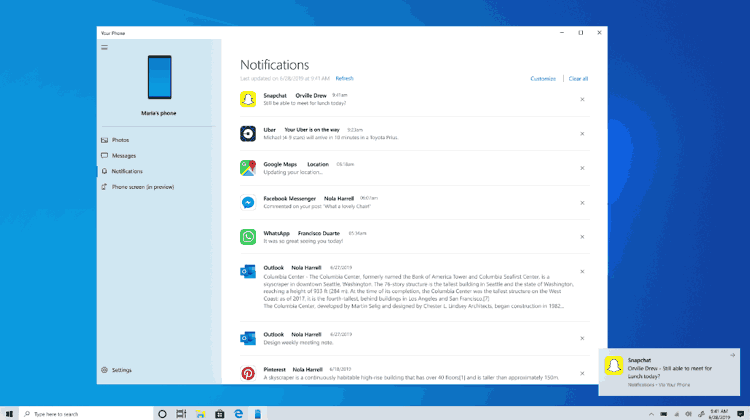 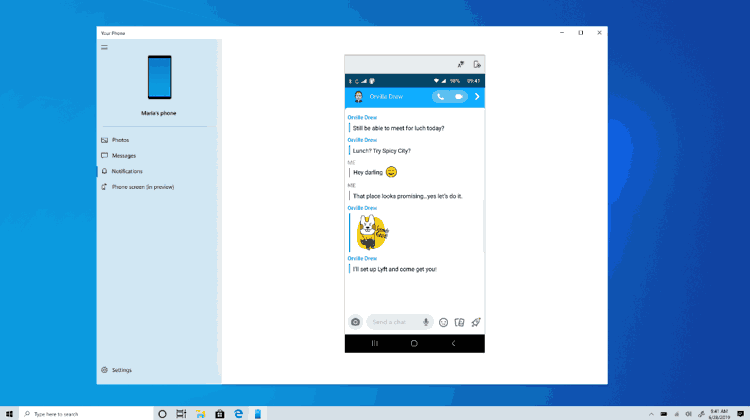 Your Phone Notifications available to all users

Thank you to everyone who gave us feedback over the last few weeks to help us improve the Notifications feature in the Your Phone app. We’re happy to announce that this feature is now gradually rolling out to all Windows 10 users with the April 2018 update and newer. It may take a few days to show up within Your Phone app, so keep a look out!

These features will gradually roll out to Insiders on 19H1 builds or higher, so it may take a few days to be available.

We’d love to hear your feedback. You can report issues under Your Phone > Settings > Send feedback