Microsoft is releasing a new build from the development branch (the next Windows 10 version, currently known as version 1903, or 19H1). Insiders in the Fast Ring are getting Windows 10 Build 18290.

First of all, Microsoft issued a warning that older builds will expire soon. The previously released builds of Windows 10 will stop working on December 14. On that date, you'll start getting a warning once a day, and quickly after that, the OS will stop working completely. Insiders in the Fast ring need to make sure they take the update to 19H1 Build 18290 (today’s build) in order to avoid hitting the timebomb. Insiders in the Slow ring running older builds need to update to Build 17763 (the final build for the October 2018 Update) to avoid hitting the timebomb in older RS5 builds.

Contents hide
What’s new in Build 18290
A touch of Fluent for menus in Start
Sync your clock
See which app is using your microphone
Improving your Search and Cortana experiences
Windows Update Notifications
Other Updates for Insiders
General changes, improvements, and fixes for PC
Known issues
Known issues for Developers

A touch of Fluent for menus in Start

Following up on our jump list improvements with Build 18282, when you update to today’s build you’ll notice we’ve polished up the power and user menus in Start as well – including adding icons for easier identification.

This will also be visible in the power menu on the sign in screen.

In response to your feedback, we’re adding an option in Date & Time Settings to manually synchronize your clock with the time server. This will help in scenarios where you think the clock might be out of sync, or if the time service has been disabled. We’ll also show the last time that time was successfully synced, and the address of your current time server. 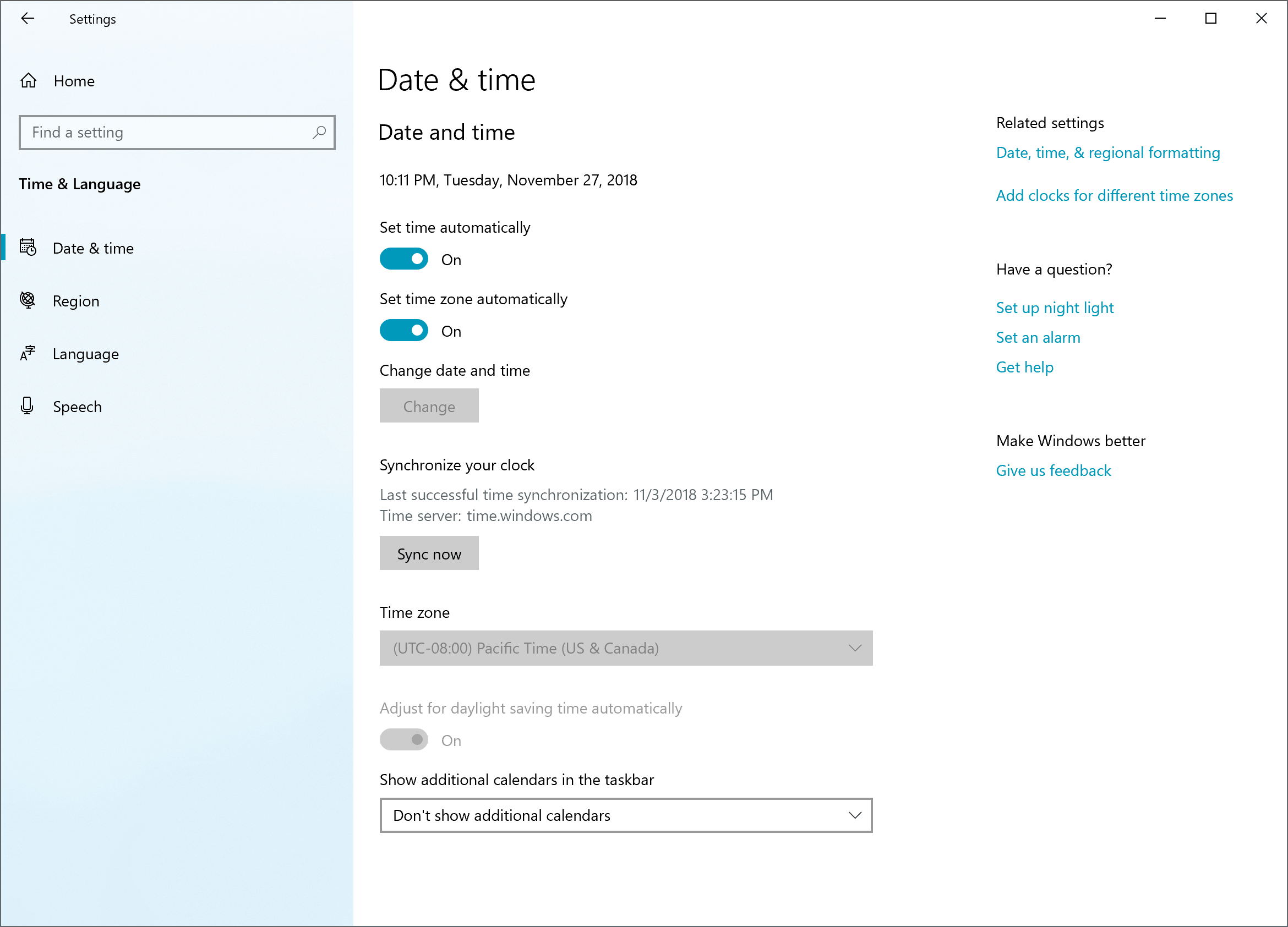 Note: This feature is currently only supported for non-domain joined PCs, although in today’s build it will be visible on all devices.

See which app is using your microphone

In Build 18252 we introduced a new mic icon that would appear in the notification area letting you know when an app was accessing your microphone. Today we’re updating it so if you hover over the icon, it will now show you which app. Double clicking the icon will open Microphone Privacy Settings.

Improving your Search and Cortana experiences

We’re exploring some options for improving these experiences in Windows. When you start a search now, you’ll notice we’ve updated the landing page – giving recent activities a bit more room to breathe, adding light theme support, a touch of acrylic and including all the search filter options as pivots from the get go. We’d love to hear your feedback – you can report issues and suggestions to us here. You may notice some other changes as we continue flighting, we’ll have more details to share later.

Starting with 19H1, when your device has an update requiring reboot (including new builds we release) you will see Windows Update icon with orange indicator in the notification area (system tray) alerting you to restart your device.

Mail & Calendar (Version 11001.20106): It is now easier to keep track of your tasks from Mail and Calendar in Microsoft To-Do! With the latest Mail & Calendar update from the Store, we’ve added the ability to switch directly to To-Do in our app navigation. This update is rolling out to both Insiders and Retail users as we speak. 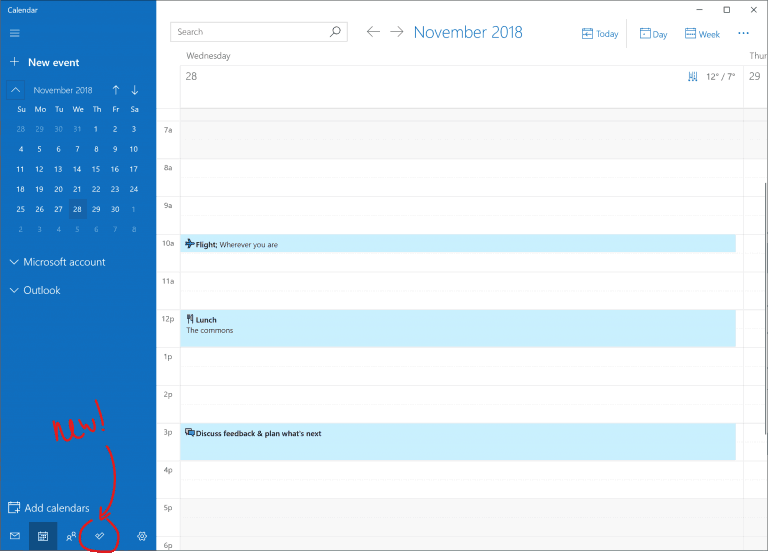