Microsoft is releasing Windows 10 Insider Preview Build 17677 from the "Redstone 5" branch to Windows Insiders in the Fast Ring. This release comes with a number of improvements made to the first-party web browser Edge, to Narrator, and the Task Manager app along with various minor changes and fixes. 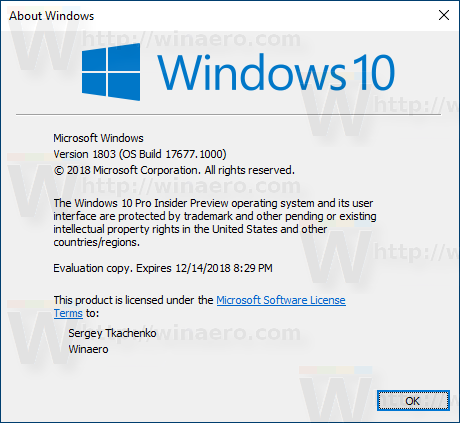 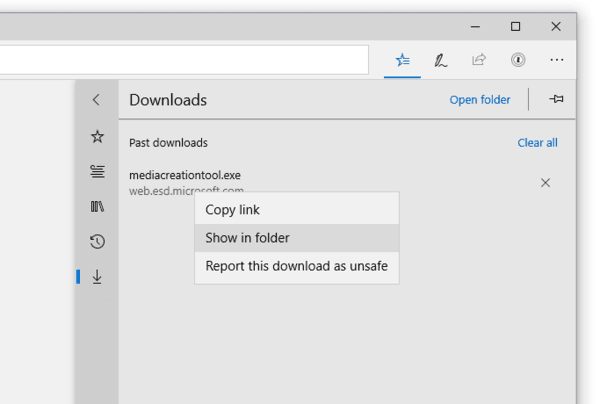 Selection commands in Narrator Scan Mode: Narrator’s scan mode now supports selecting content in Microsoft Edge, Word, Outlook, Mail and most text surfaces. Standard shift- selection commands can be used as well as Control + A for the entire document. Caps + Shift + Down Arrow will speak the current selection. For a full list of selection commands, you can refer to Narrator’s Show Commands List by pressing Caps+F1. Once content is selected you can copy it to the clipboard by pressing Control + C. Formatting information will also be retained.

There is a known issue in Edge where selecting forward will get stuck. This issue is being worked on. Selection in general is a work in progress. We would love to hear your feedback as you try out these improvements. This link will take you to the Narrator section of the Feedback Hub, or you can press Caps + E while Narrator is running.

We are adding support for IPv6 to KDNET. To make room for the larger headers required for IPv6, we’re decreasing the payload size of packets. As a result, we’re declaring a new version of the protocol, so that host PCs running the latest version of the debugger can be used to debug target PCs that only support IPv4. An updated SDK and WDK will be released soon with this support. There is a version of WinDbg Preview available at http://aka.ms/windbgpreview today. Follow the Debugging Tools for Windows blog for updates on KDNET IPv6 support and documentation in the future.

Mobile Broadband (LTE) connectivity on Windows gets a makeover

Windows is transforming the networking stack after 20 years through the NetAdapter framework. This framework introduces a new, more reliable, network driver model that inherits the goodness of the Windows driver framework while bringing an accelerated data path. More details coming soon.

We introduced the new and improved Mobile Broadband USB class driver based on the NetAdapter framework in Windows 10 Insider Preview Build 17655. We also shared instructions around  how you can try out this latest non-default driver. Starting with this build, the MBB USB NetAdapter driver becomes the default driver. To try this out – install this build on a PC that relies on mobile broadband for cellular connectivity and setup cellular connectivity and turn off Wi-fi.

In case of issues using the driver, fall back on Wi-Fi or ethernet adapters for connectivity.

Don’t forget to report issues, Use Feedback Hub on your PC and set Category and subcategory as Network and Internet > Connecting to a cellular network. Use [cxwmbclass] in the summary. We look forward to your continued support!