Microsoft today released Windows 10 Insider Preview Build 17115 (RS4) to Windows Insiders in the Fast ring. This build replaces the previous build 17112, which was released just a few days ago. Along with bug fixes, this build features a refined user interface of OOBE. 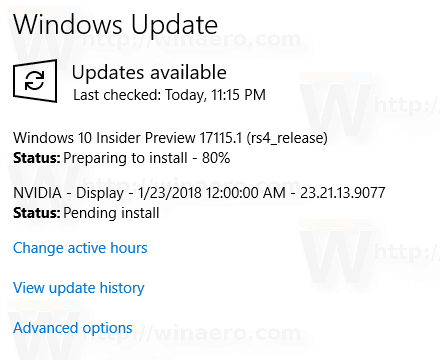 Contents hide
A new privacy settings layout in the set up experience
General changes, improvements, and fixes for PC

A new privacy settings layout in the set up experience

This spring, Microsoft will release an update to Windows 10 that will include changes to the setup experience for privacy settings. This new design conveys focused information to help users make focused choices about their privacy and offers two new settings for Inking & Typing and Find my device.

With build 17115, Microsoft is performing A/B testing, so not everyone will experience the same setup.

Some users will get a single screen set up where selections such as ‘Find My Device’ and’ Inking & typing’ are independent selections. 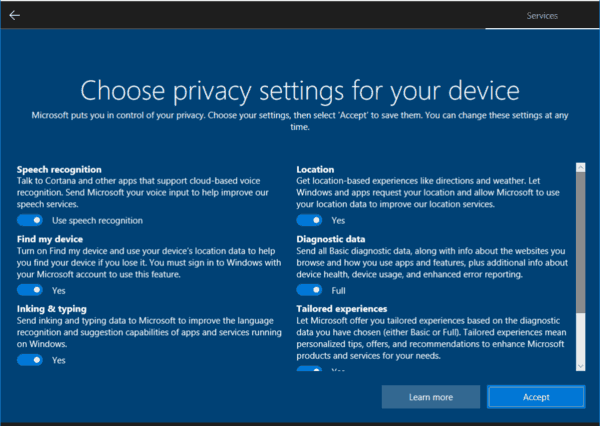 Others will receive seven individual screens, each dedicated to a single privacy setting with the recommended Microsoft selection for the best Windows 10 experience distinguished by a dotted line. They will need to select a choice and then click accept to move to the next screen. 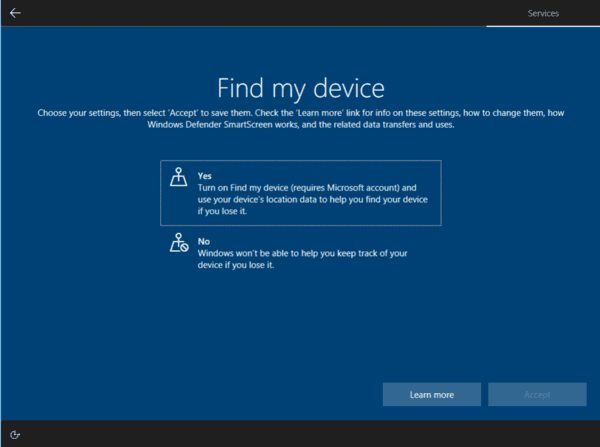 These customers will also now be given a separate screen to enable improved inking and typing recognition. By enabling improved inking and typing, you will allow the operating system to collect and send extra telemetry data in order to improve suggestion capabilities of applications and services running on Windows such as handwriting recognition, autocompletion, next word prediction and spelling correction. 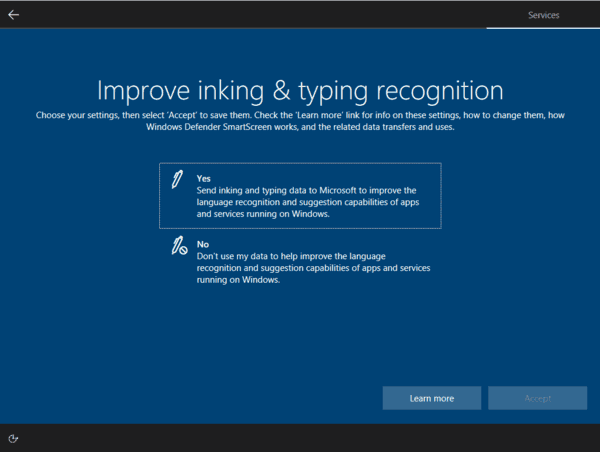 There are currently no known issues for this build.