Microsoft today released Windows 10 Insider Preview Build 17110 (RS4) to Windows Insiders in the Fast ring. This build replaces the previous build 17107, which was released just a few days ago. Let's see what are the key changes. 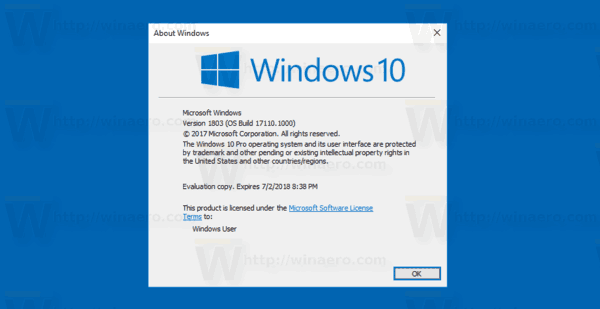 Improvements for Enterprise Customers in RS4

Setup also migrates the scripts for future updates. In the event of an update failure or rollback, a failure.cmd script can be used to perform custom operations or undo actions of previous custom scripts.

Run Once (Do not migrate):

Docker for Windows users, we are flighting the matching Windows container images of Server Core and Nano Server to the Docker Hub for continued testing and feedback.  Thank you for all the great feedback and please keep it coming!