Windows 10 build 15002 found its way to the Internet earlier today. This build includes a bunch of changes and new features. One of them is a fully functional Windows Defender Universal app.

As you may already know, Microsoft is working hard to migrate classic Win32 apps to Universal Windows Platform-based apps. Windows Defender is one such app that has now also been rewritten for UWP, similar to Calculator, Paint and the web browser, Edge. Defender's new UI is a dashboard where the user can see the PC's protection state. It will also surface information from the Advanced Threat Protection feature in the Enterprise edition. Windows 10 build 14986 was the first public build which included a UWP app for Defender but it wasn't fully functional.

The leaked Windows 10 build 15002 comes with a working Defender app. Now, its features are not just placeholders or stubs, they actually work. 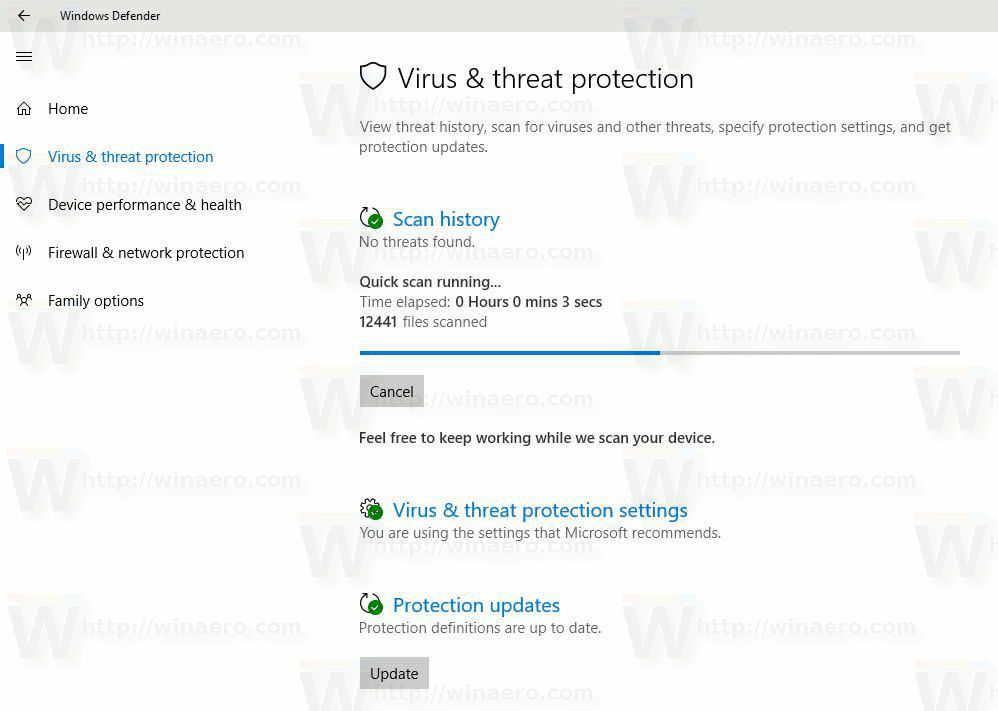