Microsoft today released Windows 10 build 14986 to Windows Insiders on the Slow Ring. The same build was recently released for Fast Ring insiders. This build represents the development  branch of Windows 10 Creators Update and brings plenty of new features to the Slow Ring on updates. 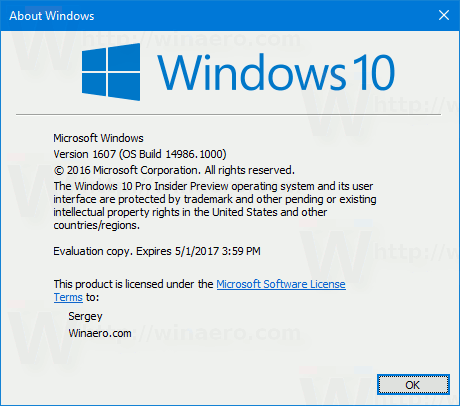 While you are listening to music in one of these apps, you can also use your voice to control playback and volume. With radio stations, we often want to know what that catchy tune is that has played a million times, so we added support for “What’s Playing”. Try saying “Hey Cortana, What song is Playing?” and it will work for all apps playing music. As a bonus, we made Cortana smarter by remembering the last played music app so you don’t have to say “on Groove” over and over. All you need to do is say your desired app one time, something like “Play jazz music on iHeartRadio”; then the next time, just say “Play rock music” and it will play on iHeartRadio. Please look for the Quest and give us feedback! 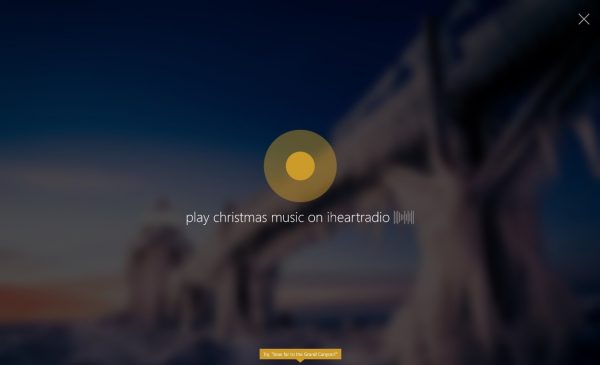 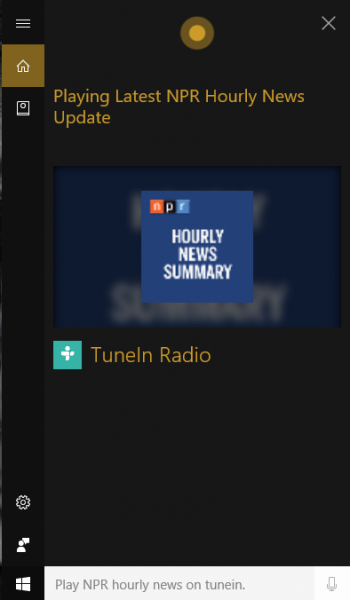 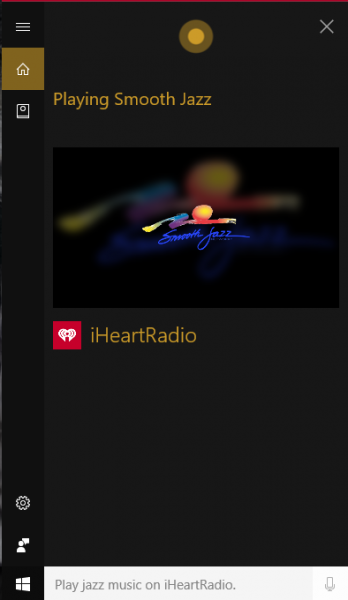 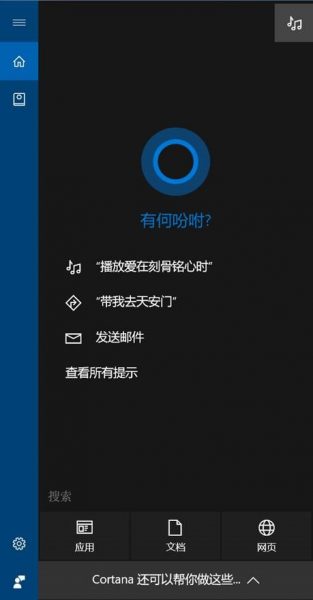 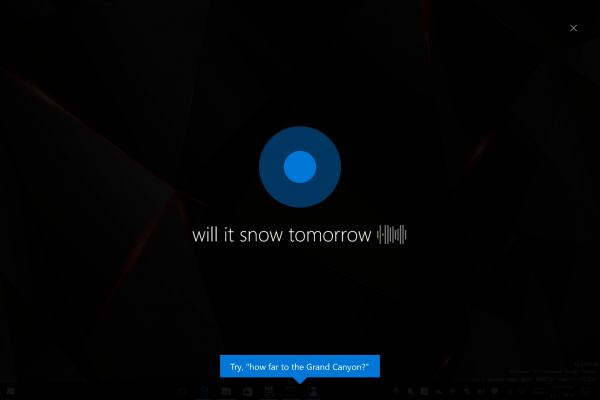 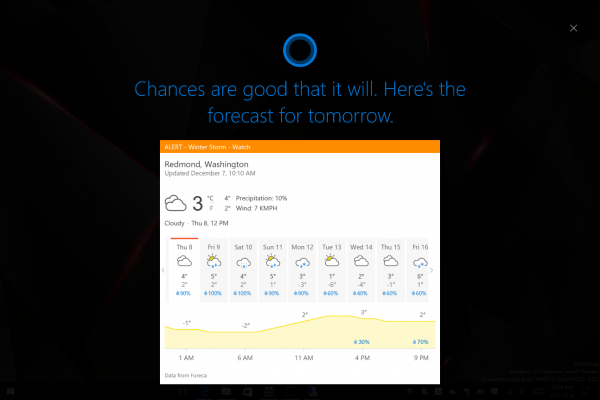 This feature requires the corresponding backend services to work, which are not yet available. Please continue to use existing UI to discover and install printers in the interim.

Tip: You can control this feature through the Windows Game bar settings. In the settings dialog, look for the “Show Game bar when I play full-screen games” checkbox. See Major Nelson’s post on Game bar for more info on how to adjust settings for best game performance.

Taking your Windows Ink experience to the next level: We’ve already announced and released some of the improvements that will be coming for our pen and Windows Ink users with the Creators Update, and with this build we’re excited to announce some more!

Try it out and let us know what you think!

New Extensions in Microsoft Edge: Great news! We have new extensions to share with Windows 10 users. Please take a look at Ebates, Intel TrueKey, and Read & Write. Try them out and send feedback to the Feedback Hub or @MSEdgeDev on Twitter.

Updated Rendering Technology: We’ve changed the rendering technology used for many types of UWP app content, so please provide feedback through the Feedback Hub if you notice any new visual glitches in UWP apps. For additional context on this change, we are now widely using the same Windows.UI.Composition API that app developers have access to for XAML UWP app and shell rendering.

Narrator improvements: Making our products more accessible is a goal of ours and improving the experience when using Narrator is a big part of that. As such, this flight comes with a number of improvements, including:

If you haven’t already read our plan for what to expect in 2017 with the Windows 10 Creators Update, and Office 365 – we invite you to go over it now. Lots of exciting things yet to come!

New Windows Defender dashboard: We are making it easier for you to view and control Windows 10 device security and health features available on your PC or tablet with the availability of a new dashboard coming in the Windows 10 Creators Update. Windows Insiders will get a preview of the new experience beginning today. After upgrading to this build, Insiders will have to restart their PC. After that, they can find the dashboard by searching for “Windows Defender” and clicking on the search result that says “Windows Defender/Trusted Windows Store app”. Remember, the dashboard is a work-in-progress and not fully functional just yet. 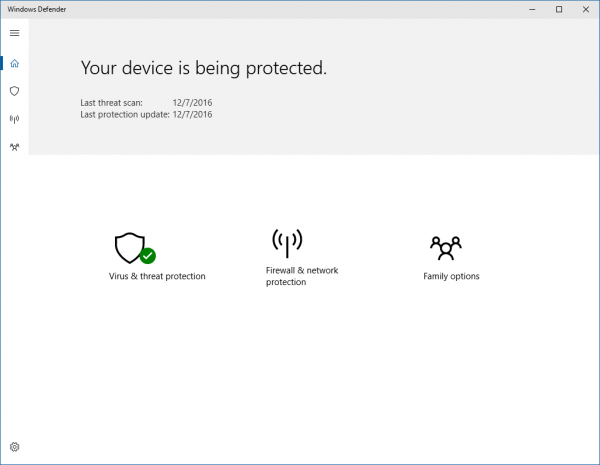 Registry Editor improvements: Continuing our theme of enhancing your registry experience, we’ve taken your feedback and added the familiar File Explorer keyboard navigation shortcuts to Registry Editor, so you can now easily go up (Alt+ Up arrow), backwards (Alt + Left arrow) or forwards (Alt + Right arrow) in the registry. We’ve also added a new entry point in the View menu so you can customize the font Registry Editor uses.

The USB Audio 2 Class Driver and You: Previous builds flighted to Windows Insiders have contained a Microsoft class driver for devices that support the USB Audio 2.0 standard. However, if you had a third-party driver which was specifically written for your device, Windows would use that instead. In order to get more miles on the class driver, we are temporarily changing things as of 14986 to prefer the class driver over third-party drivers – this is so we can flush out device compatibility issues and other bugs in our driver.

When you have a chance, please go through all your regular listening scenarios and see how they sound (we’ll be adding a Quest about this too!). If everything works fine for you, awesome! If you do run into a problem where our class driver does not work with your device, please let us know by filing a problem report, and then manually switching to your specific third-party driver

Some things that we are already aware of:

For the most recent information on USB Audio in Microsoft Windows, see https://aka.ms/usbaudio.

Improved Update Experience: Windows strives to keep your device running the most secure, reliable and feature rich version of Windows available with minimum impact to you. We’ve heard your feedback, and as such, 14986 comes with two more improvements in this space:

If you are on the Slow Ring of the Windows Insiders program, then go to Settings -> Update & security -> Windows Update -> Check for updates.

Alternatively, you can create ISO images to install Windows 10 build 14986 from scratch. Here you go: