Dona Sarkar said that this build has "a few hundred bug fixes", so here is what's new in Windows 10 build 14385.

If you are a Fast Ring insider, open the Settings app and go to Update & security -> Windows Update -> Check for updates to get this build installed. 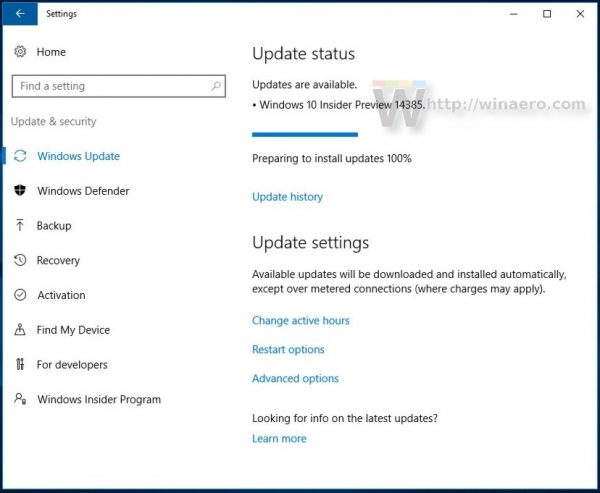