A new cumulative update for Windows Insiders running Windows 10 PC build 14295 has been released. Build 14295 represents the Slow Ring. The released update, which is KB3154879, brings "improvements to enhance the functionality of Windows 10 Insider Preview", as Microsoft describes it. 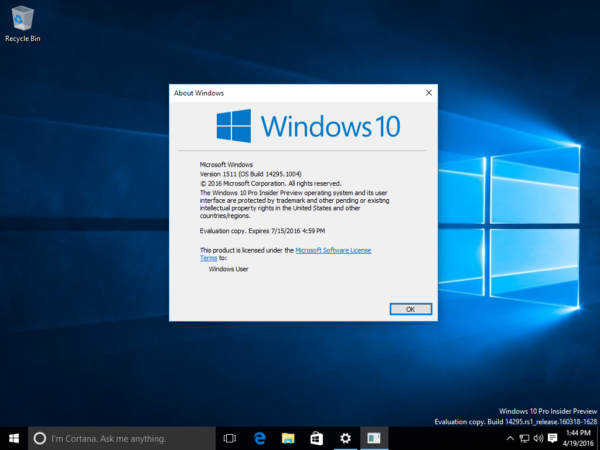 Since then, there have been no new builds for the Slow Ring. Fast Ring Insiders have got a newer build, 14316.

The released KB3154879 comes with no details about what exactly was fixed or improved. The short statement mentioned at the beginning of the article is all is known about this update.

If KB3154879 does not come automatically to your PC, it can be downloaded using Settings > Update & Security -> Check for updates. Alternatively, you can use these offline download links provided below.

KB3154879 offline download links
If you need to install KB3154879 on multiple PCs after downloading it once and want to save your bandwidth or have any other reason to download this update package, here are links for you: