The Fast ring of the Windows Insider program is really fast now: new builds are coming very quickly. Almost few days ago we got build 14257, and a newer build released just now. This time it is Windows 10 build 14267.

According to Microsoft, key features of the new build are as follows:

The following bugs were fixed in this build: 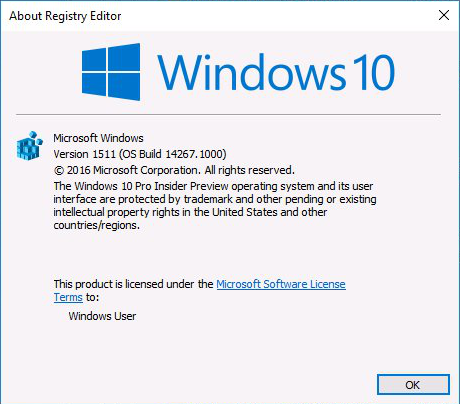 Windows 10 build 14267 was released for Fast Ring insiders only. This means there are no official ISO images available.

As you may already know, recent Insider Preview builds are from the Redstone branch. The Redstone branch represents the upcoming Windows 10 version which intended to replace/upgrade the existing stable Windows 10 build 10586 release. As we already know, Redstone is expected to bring notable changes to Action Center, Microsoft Edge, Cortana and may also add some integration with Office 365 services. Cortana is expected to be extended to a system-wide assistant. Notification Center / Action Center might get support for widgets, offering quick snapshots of data, synced across your Windows 10 devices. Microsoft Edge will get extensions support: this was confirmed in Windows 10 build 11082, which already has this feature partially implemented. Another interesting feature of the Redstone update is Task Continuation which will allow users to start a task on one device and then resume and finish it on another. Windows Redstone is expected to come in two waves, exactly like the Threshold update: