Microsoft has restored all downloads with an updated build, Windows 10 build 10586.14. Earlier, the company had rolled out all ISO images and Media Creation Tool of the TH2 update and then pulled them abruptly. Now, everything has been returned however this shows the fragile nature of the rapid release development lifecycle where serious untested bugs can crop in.

Microsoft explained that the previous release had a bug: 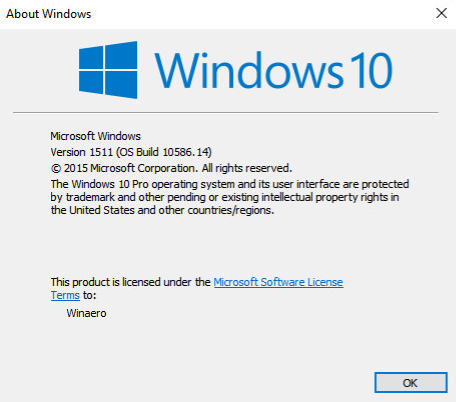 As for existing installs, the first cumulative update for Windows 10 version 1511, KB3120677, includes all the bugfixes. It will be applied for everyone who has Windows Update enabled in Windows 10.

If you are interested in the details, the bug Microsoft fixed reset the following settings in the Privacy options of Windows 10: