While at first glance, Windows 10 build 10547 looks the same as Windows 10 build 10240 RTM, you can spot many small but useful changes in this build if you look closely. This is really unexpected, but Microsoft decided to update the good old environment variables editor, which had not changed since Windows 2000. Let's see how it has changed!

Actually, this is not the first change to the core system functionality in Windows 10. You might remember a notable improvement to Registry Editor which improves the usability of the app a lot.
Let's open the environment variables editor and see what is new.

Thanks to this change, anyone who wants to edit environment variables can save a lot of time, because it is no longer necessary to separate values with a semicolon and edit them inside a tiny box.

The new "Environment Variables" editor has useful features to move values up and down in the list. The old one required you to cut/paste values manually.

A new "Browse..." button allows adding a new folder as the value quickly using the familiar "Browse for a folder" dialog.

Users may still need the old style text box, for instance, to copy-paste an entire line of variables and their values. So there is still a button called "Edit text" which brings up the old dialog: 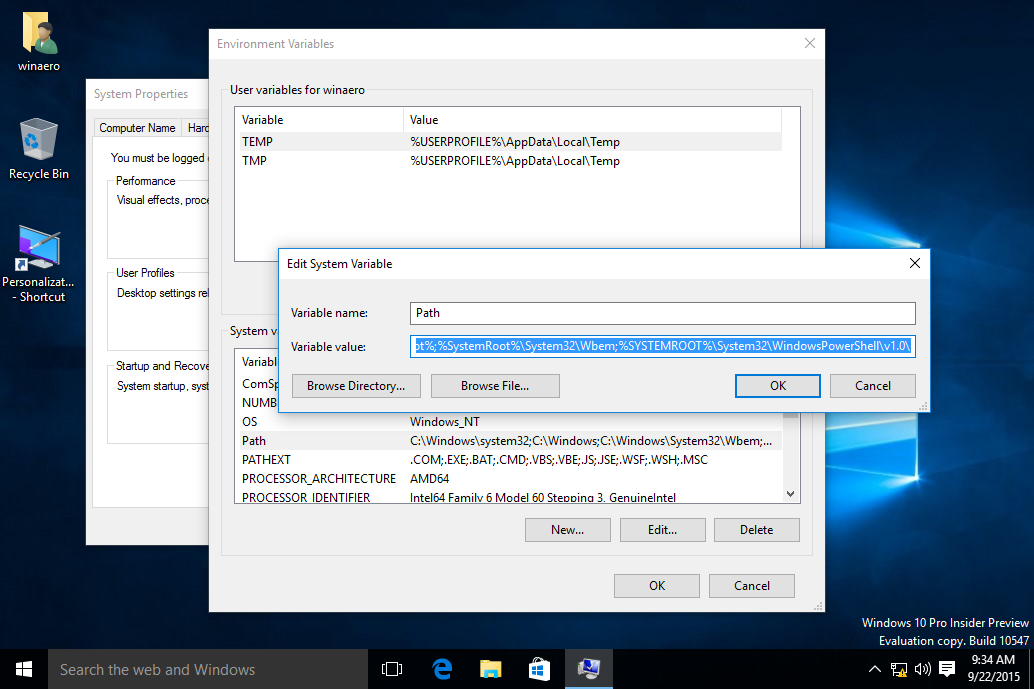 The updated Environment Variables editor is a big improvement. While the average user hardly ever needs to edit environment variables, advanced users and system administrators will appreciate this a lot. This is a rare improvement in an OS like Windows 10 where mostly I see very questionable user interface choices.