New screenshots of Windows 10 Build 10036 have leaked to the internet which showcase some changes which should be visible in the upcoming build for Insiders. The major change (but not the only one) is the network selection pane is now more compact compared to Windows 8/8.1. However, it is created in Metro/Modern style and is probably built on the WinRT/Modern apps API. Let's see what else has changed. 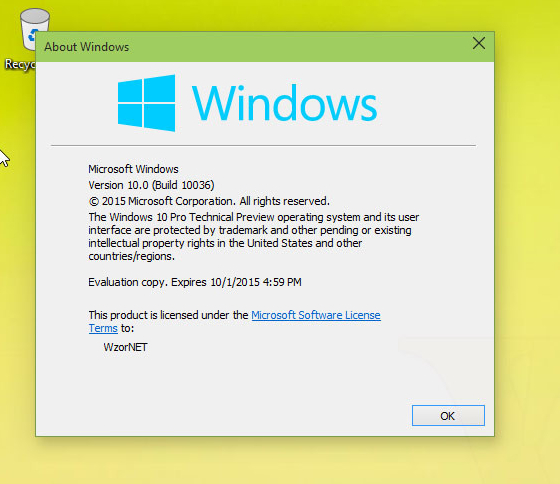 The network flyout pane lists the available networks and allows you to connect/disconnect from them. In Windows 8, this flyout occupied the entire height of the screen and covered the notification area as well. Now it is much more compact. 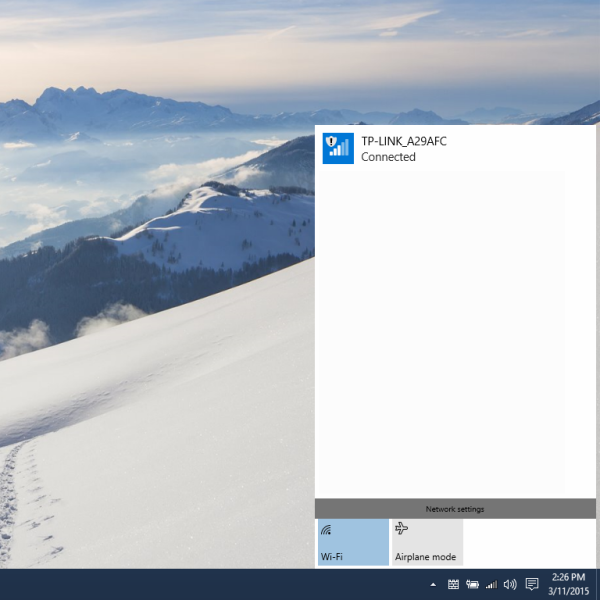 As you can see, it still is touch friendly, and has a flat appearance.

From the screenshot above, you can see another change: Windows Defender icon is back in the notification area.

It was there in Windows Vista, but Microsoft removed it in Windows 7 and later. Now, they decided to restore it in Windows 10, bringing back fast access to Defender's options and preferences.

The Aero Peek button is visible again at the far end of the taskbar:

The Settings app features a new set of options called "Apps and features". There you will find a list of installed apps with the ability to search through them. 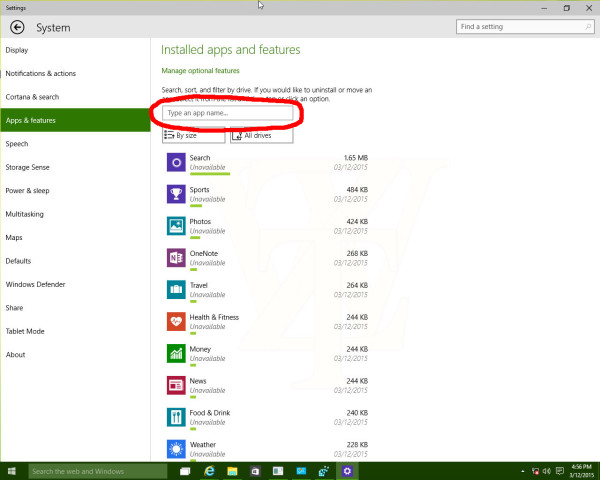 Additionally, there is allegedly a new feature to drag an app onto a "New desktop" to automatically create the new desktop with that app. This is an improvement to the new Task View/Virtual Desktops feature. See the following video to see the Task View in action:

That's it. Microsoft continue their work on Windows 10. I guess we can expect a new build very soon (via Neowin).