If you have a Windows tablet or detachable / convertible PC with a touchscreen, then you might be using it for browsing the web even though for content creation and more serious productivity work, you need a keyboard and mouse attached. The good thing about Windows tablets is that they offer the best user experience for browsing the web compared to Android tablets or iPad because of how versatile the Windows multitasking desktop environment is. There are plenty of web browsers on Windows, optimized for touchscreens and the mainstream ones, Internet Explorer (on Windows 8), Microsoft Edge (on Windows 10), Mozilla Firefox and Google Chrome all support browsing with touch.

Browsing the web on any touchscreen device is a pleasure when the browser is well-made but it can also be frustrating or an absolute nightmare if the browser's user interface, gestures, feature discoverability and accessibility are not on par with desktop browsing. Apple's iPad is a popular device for touch browsing because of iOS taking the early lead in tablet sales, and the iPad's 4:3 aspect ratio. But being a power user, I find Safari on iOS lacking in core features and usability. Apple also doesn't allow any other iOS browser to use its own rendering engine which means all other browsers are just a frontend for Safari's engine, and mostly have the same UI limitations. Android touch browsers are more versatile but most Android tablets don't have a 4:3 aspect ratio and like iOS, the UI can't match the desktop PC browsing experience.

Personally, I was a fan of Internet Explorer for Windows desktop but it is not touch friendly or high DPI optimized because its UI isn't built for those use cases. IE for touch, included in Windows 8 was optimized for touch but its UI, like Windows 8 was a disaster. Now, IE itself has mostly been abandoned in favor of Microsoft Edge.

Both, the touch version of IE in Windows 8 and Microsoft Edge on Windows 10 are big disappointments severely lacking in functionality and customization. Mozilla Firefox has usability and performance issues with touch, so, that leaves you with only Google Chrome for browsing the web with a touchscreen. I tried it and was pleasantly surprised to learn that Google Chrome is a joy to use with touch. 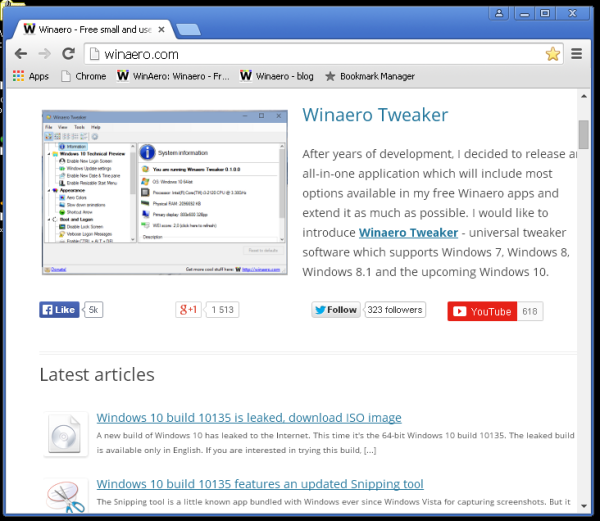 Note: As of this writing, the browsers tested are Internet Explorer 11, Microsoft Edge in Windows 10 TH2, Google Chrome 49 and Mozilla Firefox 44. Future enhancements will be made to any of these browsers which can completely change the touch experience.

There are many reasons why Google Chrome offers such a great web browsing experience on Windows for touchscreen users. Surprisingly, none of the other browser vendors have matched it in terms of functionality which is why they fall short of expectations. I will try to be objective in my comparison as to why Chrome has become the best web browser for touch.

Chrome is fast and responsive

Chrome is fast and responsive. When you use a touchscreen, you need the browser to respond immediately without any lag to your touch gestures. The page should literally stick to your finger. Browsing with Chrome is butter smooth. Other browsers fall short here. Firefox for example is jerky while zooming in and zooms out to below 100% when you pinch in. Firefox's UI responsiveness is also not at par with Chrome. Microsoft Edge has UI responsiveness issues too and is really sluggish on performance. 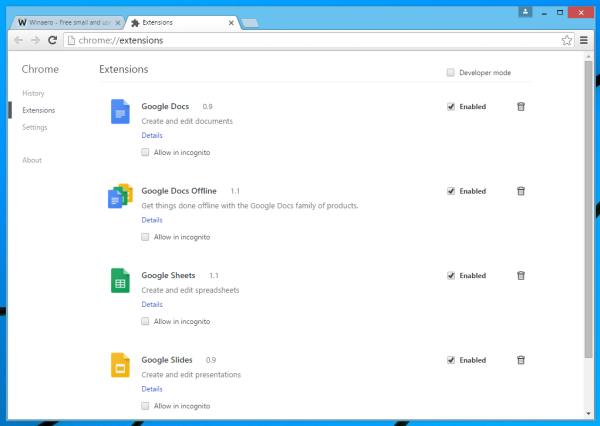 Chrome now offers a good baseline set of features although it still lacks some core end user features of Internet Explorer for the Desktop and the extra level of customization offered by Mozilla Firefox. Some missing features can be filled in by Chrome extensions. Internet Explorer for touch and Microsoft Edge are no match because they are so minimalist. Firefox continues to disappoint by removing customization for which you need to install more add-ons.

The user interface of Chrome is high DPI optimized

The user interface of Chrome is high DPI optimized and scales well for touchscreen with ample spacing between context menu items. The new tab button, tab close button, address bar and other pages like the New tab page, Settings, History, Extensions management, Download Manager are all well-designed for touch. Chrome is also a regular desktop app, even though it's optimized for touch, which means you can switch to other apps and always have the Windows taskbar visible. In comparison, the user interface of Edge, IE Desktop and IE touch is very poorly designed and sorely lacking in features which should be easily accessible with one tap. Edge's UI does not help usability or discoverability in any way.

Chrome runs on Windows 10, Windows 8.1 and Windows 7 and offers mostly the same features on every OS. In contrast, Microsoft's web browsers always require you to be using the latest version of Windows.

Chrome has per site zoom levels 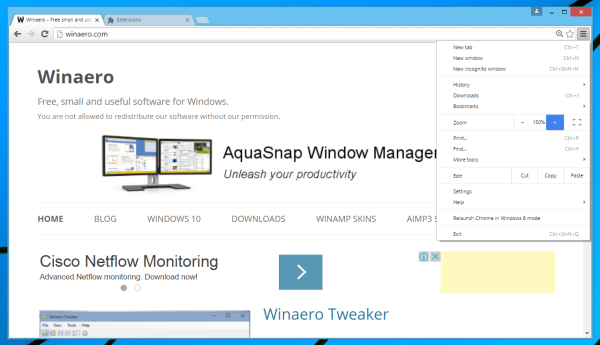 Chrome has per site zoom levels and remembers them, which becomes especially important for touch browsing. Microsoft's browsers do not have this feature either. 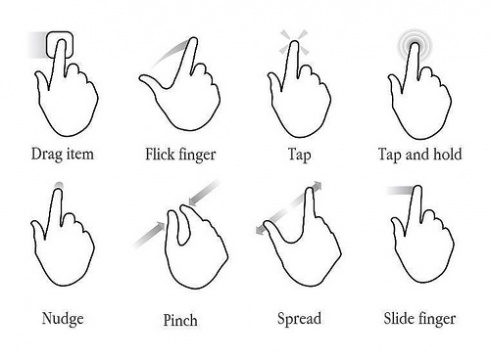 Chrome offers very natural and easy to remember multitouch gestures. I discovered the following gestures (there may be more gestures. Feel free to share them in the comments section).

Almost all browsers support fairly similar touchscreen gestures with some minor differences. But the ones in Chrome are the most natural and easiest to remember and the UI being touch-friendly makes it stand out from the competition. In fact, it is only recently, after Chrome for Windows finally added high DPI support that web browsing on any touchscreen device became powerful like it is with the mouse and keyboard.

Note: If the pinch to zoom gesture does not work for you, open the Chrome flags page and set the setting "Pinch scale" to Enabled. In Chrome's address bar, type chrome://flags#enable-pinch and press Enter. This should take you directly to this setting.

The one area where Google could improve the touch browsing is if they add a confirmation when closing all tabs i.e. the whole window. Sometimes, while trying to tap the Hamburger menu button (the button with three horizontal lines), or the buttons added by extensions, I accidentally tapped the Close button and the browser closed all the tabs which was very annoying. A confirmation when closing all tabs is a long-requested feature by Google Chrome users and touch might just be a reason good enough for Google to finally add it.

Windows 10 users have one more advantage

Windows 10 users have one more advantage, which is that they can turn on the setting to automatically show the touch keyboard when you tap inside a text field and when no physical keyboard is attached.

What is your opinion about touch browsing on Windows? Which browser gives you the best experience?

17 thoughts on “Which browser is best for touchscreen in Windows?”