The team behind my favorite (and the best in my opinion) Linux desktop environment 'Xfce' has revealed the project roadmap. The upcoming Xfce 4.16 promises to be an interesting release, featuring the night light option, optimized title bars, and many more.

The first notable change is discontinuation of Gtk2. As you may already know, Xfce 4.14 can be optionally compiled with Gtk2. With 4.16, Xfce will be solely a GTk3 project. This change may potentially affect panel plugins and apps that utilize Gtk2-specific features of Xfce.

Xfce 4.14 has retained all the appearance and behavior of its predecessor. In Xfce 4.16 we can expect updates of certain user interface elements, like toolbars.

Developers currently experiment with client-side decorations (CSD), which actively used in Gnome 3. CSD move window frame and title bar drawing from the window manager (xfwm4 in case Xfce) to the app itself, so the app is able to put extra controls to the header bar and make it more feature-rich and useful.

According to the announcement, this change will initially affect only dialog boxes where "it makes sense". Core apps like Thunar won't receive CSD.

Thunar instead will get extended APIs for plugins, some new user actions preinstalled out of the box, and the ability to remember view settings per directory.

Panel will allow having dark mode enabled even with a light theme. Thanks to a new option, it can be enabled separately from the main GTK theme. Here is how it works with the Adwaita theme, which comes with both light and dark modes.

The title bar in the screenshot above is drawn using CSD, making it look consistent. As you may already know, xfwm4 is not able to draw individual title bars for windows, so CSD solves this issue. 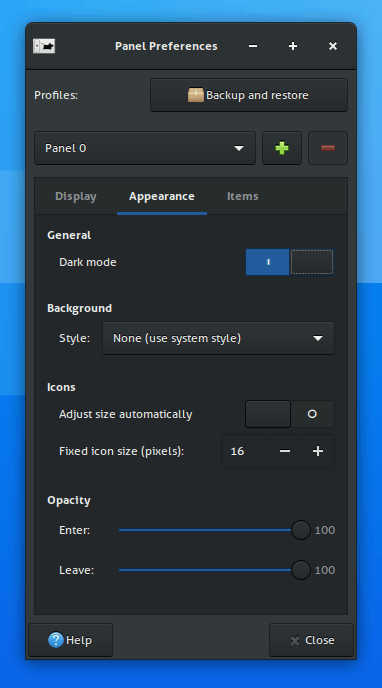 Also, the panel receives a “slide out” animation, so it’s more intuitive to understand where the panel went. The animation is enabled by default, but developers may make it optional in the future.

The launcher plugin will receive a feature from garcon, i.e. showing the Desktop Actions of a launcher item in its right-click menu (i.e. “Open Private Window” for Firefox). 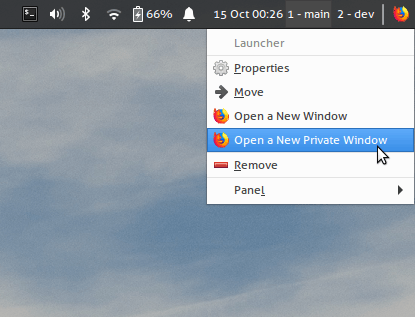 Some other core plugins (workspace switcher, tasklist) will also receive tweaks and improvements.

Also, Xfce 4.16 may get its own daemon to interact with colord directly instead of involving xiccd.

The “Night light” feature that applies a color filter to your display image to reduce strain on the eyes, will likely be added to the power manager. Alternatively, it may be added to  the settings daemon.

The power manager panel plugin will include a battery histogram in the settings dialog to visualize battery drain.

For all other components only smaller changes are planned.

Personally, I am excited by the upcoming changes in Xfce 4.16. The night light feature, applet desktop actions, and the battery histogram are the features I was looking for, for a long time.  While I am less enthusiastic about CSD, it is too early to worry. Let's wait for a working implementation and see how it works.