As you might be knowing, there are two shortcut keys in Windows to minimize all opened windows. The older one is Win + M, which is there since Windows 95 and the newer one is Win + D which was added in Windows 98/IE4 with Windows Desktop Update. While both can be used to show the Desktop, there is a difference between them. Let's see what exactly. 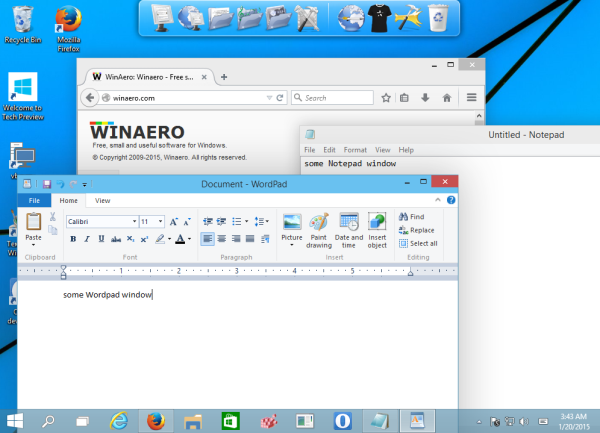 After you press Win + M: 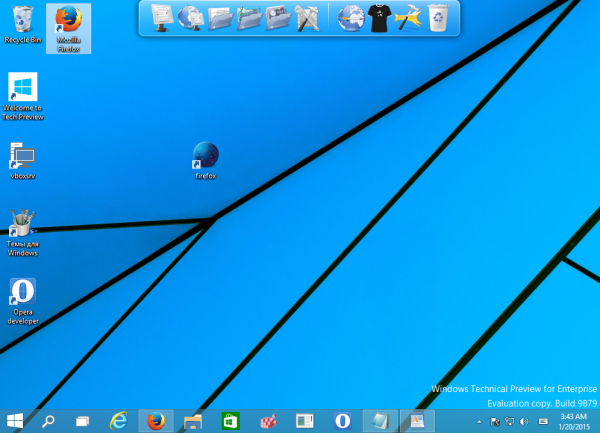 As you can see, RocketDock remains visible!

The behavior is different when you press Win + D. The operating system will hide windows which cannot be minimized, so even RocketDock will disappear from the Desktop!

As for the behavior of RocketDock app, it is still possible to keep it on top in ANY case using its preferences.
In summary, it is possible to say that:

Be sure to see the ultimate list of Win key keyboard shortcuts.