As you may already know, Microsoft has rolled out a new build of Windows 10. Windows Insiders who are on the Fast Ring are getting Windows 10 build 10532. If you are interested in learning what is new in this build, then read the rest of this article.


Microsoft has shifted their focus to the Edge browser more. The released build does not feature any major interface changes to Edge but has many internal changes to Edge's rendering engine.

The only significant change Windows 10 build 10532 sees to the user experience is the appearance of bigger context menus.
If you right click on Desktop or in any folder in File Explorer, you will notice very large context menus. The menus are much bigger than any context menu from previous versions of Windows. 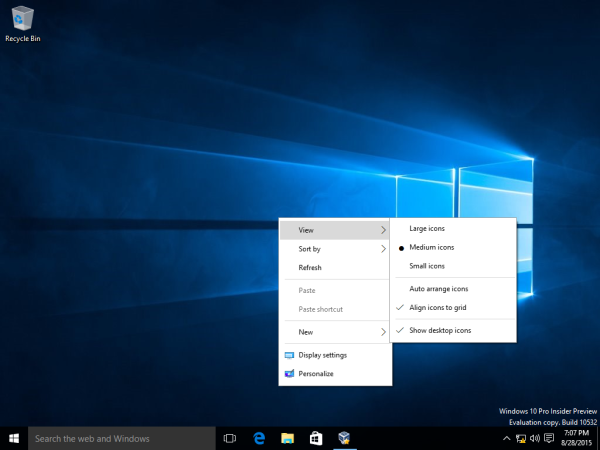 This makes them touch friendy but the big disadvantage is that context menus for files and folders no longer fit vertically and so you have to scroll them. This is unbelievably ridiculous! Users of touch screen devices might welcome this change, but regular Desktop users (like me) who use the OS mostly with a mouse/touchpad now have to do increased pointer movement up and down. The context menus simply take too much space. I find it astonishing that Microsoft cannot build context menus that scale automatically to fit the screen height!

The next minor change is to the appearance of the Win+X menu. It is black now, like all other context menus on the Taskbar: 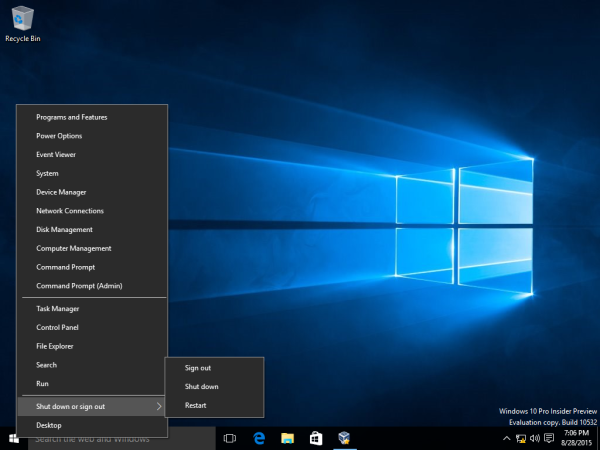 There are some changes to the built-in Feedback app, which has got a Share feature for better communication with developers and other Insiders.

Under the hood of the Edge browser, there are lots of changes. Let me cite Microsoft's change log:

This shows that Microsoft is trying to catch up to other browsers so developers can write code that works standard across all major browsers. Microsoft Edge has not been received well because it lacks far too many features and UI customization. Edge is far from being ready to use as anyone's primary browser.