Microsoft is also committed to making many of its products available in the app store. For example, this week the company published the Visual Studio 2019 and Visual Studio Code installers in the Microsoft Store. You can already find them through the search in the store. 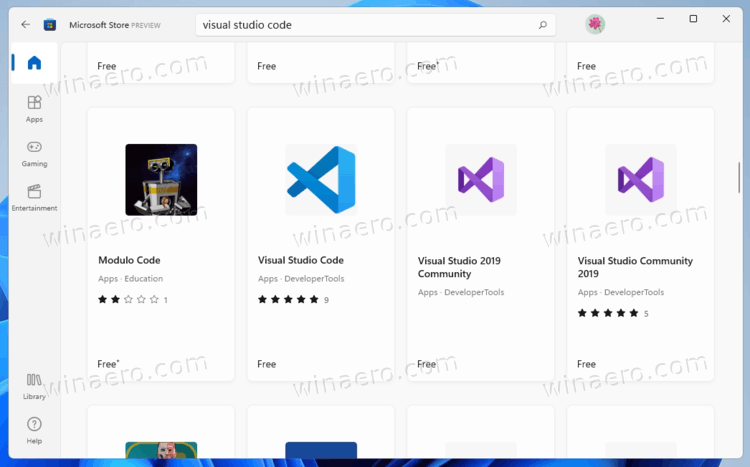 Over time, Microsoft is expected to add other native apps to the store, including Teams, Office, and more. It is also known that Adobe will soon release its Creative Cloud package in the Microsoft Store.

It also worth noting that in the case of classic Win32 applications, the Microsoft Store downloads a regular installer to the device, which previously had to be manually downloaded from the developer's website. This means that such applications can still use their own update systems and CDNs.

Another great feature that is coming to Microsoft Store is Android app support. Microsoft is actively working on improving the Store app. Just today, the Redmond company added support for new filters and sorting options, and changes their appearance in the Library section of the Store app.