As you remember, Windows 10 '20H1' had been officially announced as 'version 2004'. Today its marketing name made its first appearance in PowerShell, and it is May 2020 Update. Also, there is Windows 10 Manganese, a code name for the upcoming 20H2 feature update.

The name May 2020 Update is spotted in Windows 10 Build 19603. This name is used in PowerShell, referring to the upcoming release. 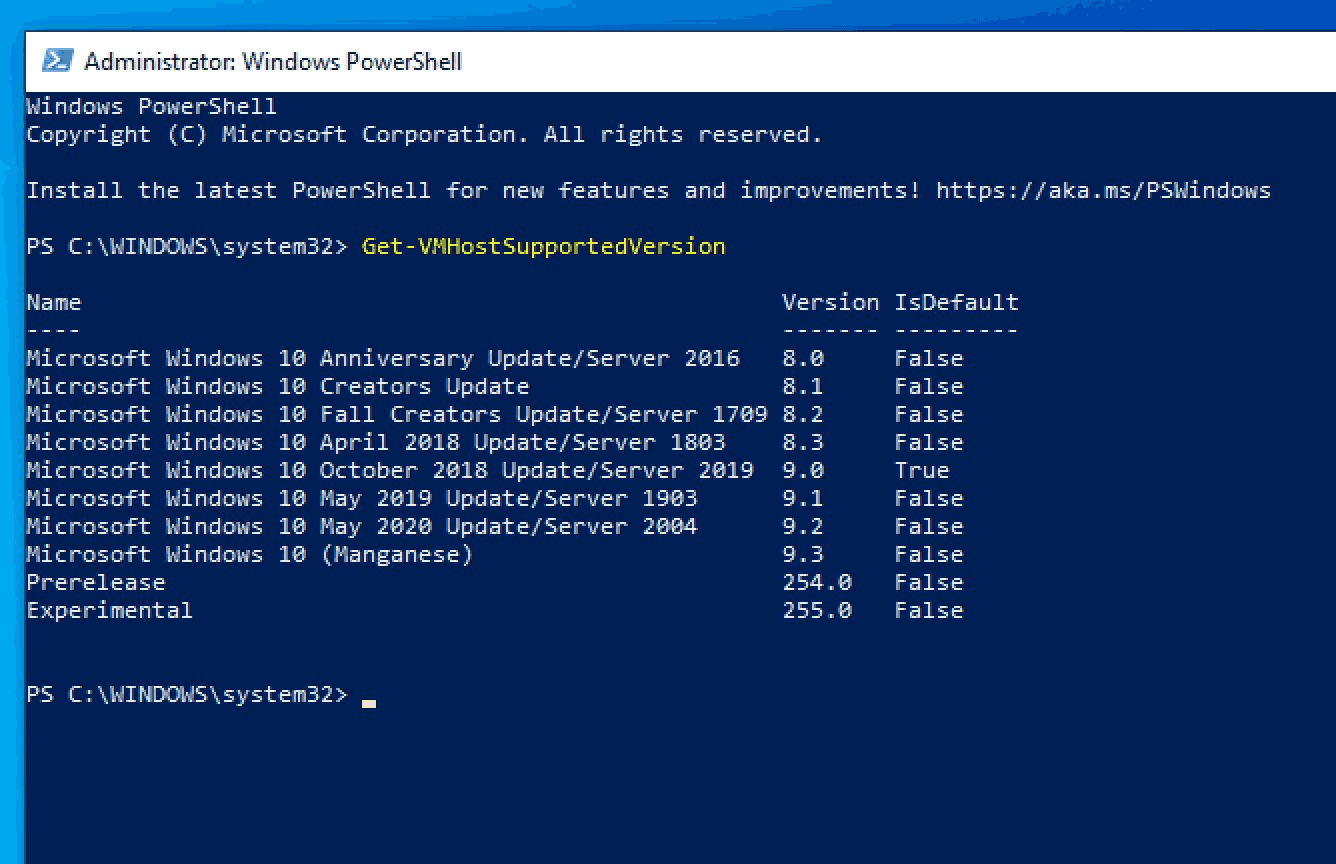 While this name is consistent with the current naming scheme of Windows 10 releases, it can change if Microsoft decides to use a more marketing-oriented name. As you may remember, PowerShell showed "Spring Creators Update" as the name for the then-current release several months ago, however, Microsoft eventually went with the name "April 2018 Update". Check out:

Another interesting hint in the Get-VMHostSupportedVersion cmdlet's output is Windows 10 (Manganese), that is used as a reference to the upcoming feature update, known as 20H2. It is scheduled to be released during the second half of 2020. Manganese is expected to be a version 1909-style update, i.e. a small update that acts more like a service pack. Microsoft hasn’t yet provided an ETA as to when the first Windows 10 20H2 builds would be shipped to insiders.