Starting with recently released Windows 10 Build 18262, which represents the upcoming version "19H1" of the OS, you will be able to remove plenty of inbox apps that come preinstalled ouf of the box.

Ever since Windows 8, Microsoft has shipped a set of Universal (UWP) apps with the OS which are not really suitable for use with the mouse and keyboard. When you first sign in, Windows 10 installs these apps for your user account.

Prior to build 18262, you had to use PowerShell to get rid of such apps. In Windows 10 version 1809, Microsoft has partially returned control to the user by supplying a Registry value that prevents the apps removed with PowerShell from being reinstalled after a build upgrade.

Finally, the Redmond software giant made it possible to quickly remove inbox apps. The following apps can be easily removed:

Apps with italicized names are the new apps the user can uninstall without extra hacks. Let's see how it can be done by removing the Paint 3D app.

To uninstall preinstalled apps in Windows 10, do the following.

After that, the app will be instantly removed from your computer. Repeat the steps above for all preinstalled apps you want to remove. 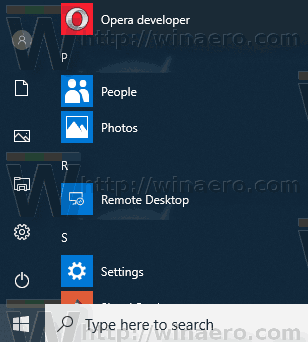 Sadly, there are plenty of inbox apps that can't be removed this way, including Photos, Xbox, and more. To remove them, you should use the PowerShell commands reviewed in the following article: