Starting with build 14997, Windows 10 has live folders in the Start menu. This is a new way to organize app tiles and arrange your Start menu items. You may have seen and used this feature already on your smartphone launcher. Let's see what live folders are in detail and how to use them.

In the Start menu of Windows 10 Creators Update, which is represented by the recently leaked build 14997, it is possible to group live tiles into folders. The updated Start menu allows you to drag-and-drop tiles on top of each other to put them inside a folder.

How to Create Live Folders in Start Menu in Windows 10

Here is how it works as of this writing. To create tile folders in the Start menu in Windows 10, do the following.

Open the Start menu. Click and hold the left mouse button on a tile and drag to another tile. For example, I will drag the News tile on Weather. If you have a touchscreen, you can also drag and hold one tile on top of another. 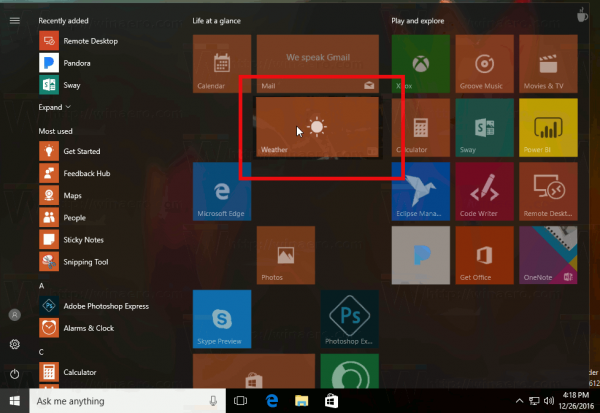 Once you hover one tile on top of another, the lower tile will be stretched up.

After this happens, you can release the left mouse button or lift your finger, if you're using a touchscreen. The tiles will be arranged inside a folder. The live folder that is created looks as follows: 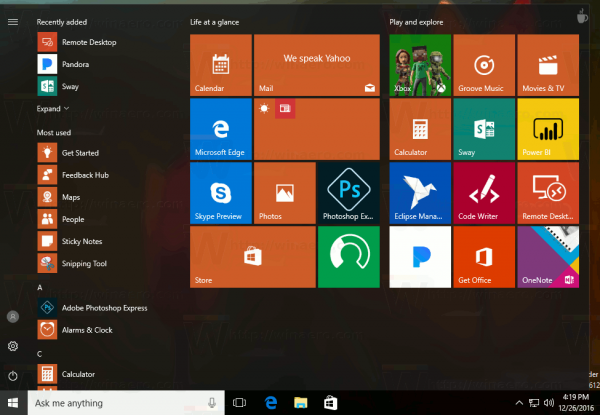 It shows small icons of the apps that you included inside the folder. From its context menu, you can resize it like a regular tile. 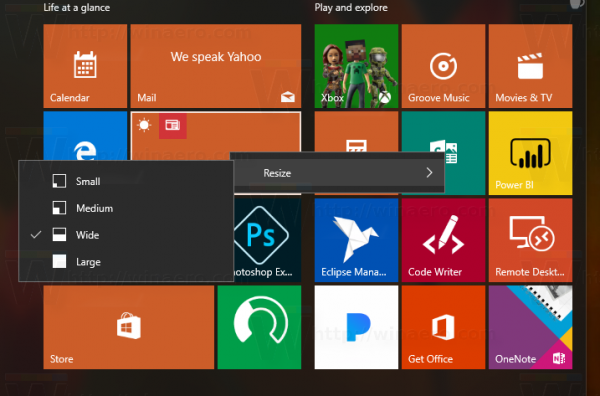 For example, I can make it small. The included apps badge will remain visible: 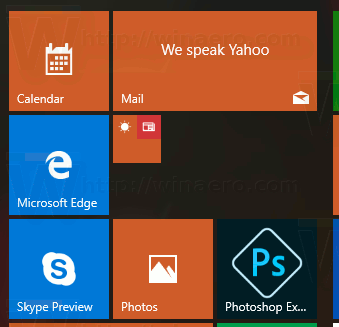 Once you click the folder tile, it will be expanded and show included app tiles: 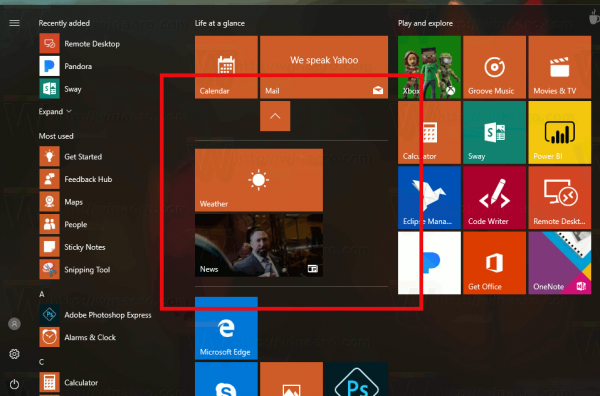 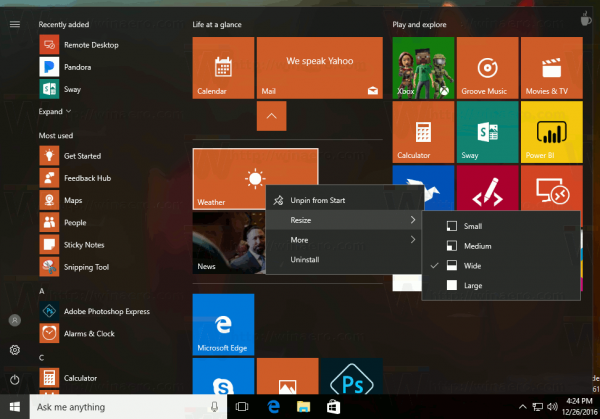 I recorded a video of this new feature in action. Watch it here:

The live folders feature is definitely a nice improvement in Windows 10 Creators Update. As mentioned above, it is nothing new and smartphone launchers have already had folders for a long time.

This feature will allow you to keep your Start menu well-organized and optimized. It is especially useful on small screen devices. This feature is expected to land in the official Insider Preview branch in 2017. The final version of Windows 10 Creators Update is expected in March 2017.