Andromeda OS is a Windows version for dual-screen smartphones. It was initially created for the Surface Duo foldable smartphone. The project was closed in 2018, as Microsoft decided to release the Duo device with Android.

Enthusiasts managed to get it running on the Lumia 950 phone. However, keep in mind that it was not designed to run on Lumia smartphones that were on the market at that time. On the other hand, Microsoft used Lumia 950 to develop the operating system. That's why official experimental firmware exists for the device.

So, Andromeda OS is a canceled project. The OS is not in active development. Its development has been terminated in 2018. Microsoft is not working on any version of Windows for Surface Duo smartphones.

Also, Microsoft didn't finish Andromeda OS, so the build in the review is a preliminary release. The appearance of the system doesn't look impressive. As you can guess, many features are buggy or not implemented at all. Nevertheless, this will be enough to get an idea of ​​what kind of mobile OS Microsoft wanted to create for Surface Duo.

Here are some of its key features.

Andromeda OS was planned to become a unique operating system with instant access to note taking. Right on the lock screen, the user could take notes with a pen without having to unlock the screen and go to a special mode or application. It was enough to pick up the Surface Pen and start writing. The lock screen saved the recordings made, and the user could see them after unlocking the smartphone. 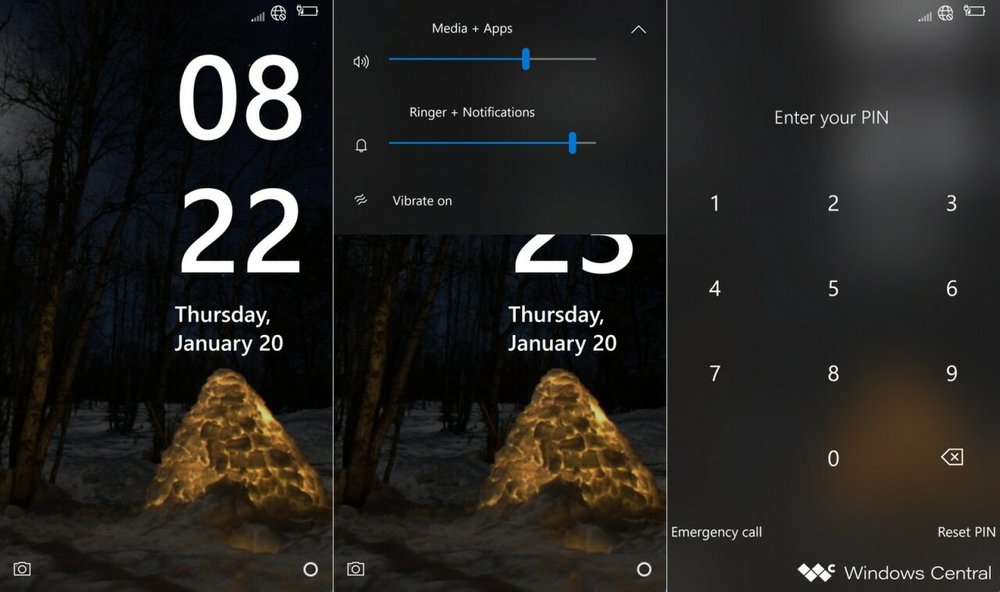 So, in Andromeda the lock screen becomes a kind of canvas for quick notes and ideas that may come to you during the day.

After unlocking the smartphone, the user sees the main screen, which in Andromeda OS is another drawing canvas. This canvas, known as 'Journal', served as a prototype for the Microsoft Whiteboard app. It acted as a digital notepad with the ability to take notes by hand, add sticky notes, insert images, 3D objects, and more. The Journal app has always run in the background, with all apps running on top of it. 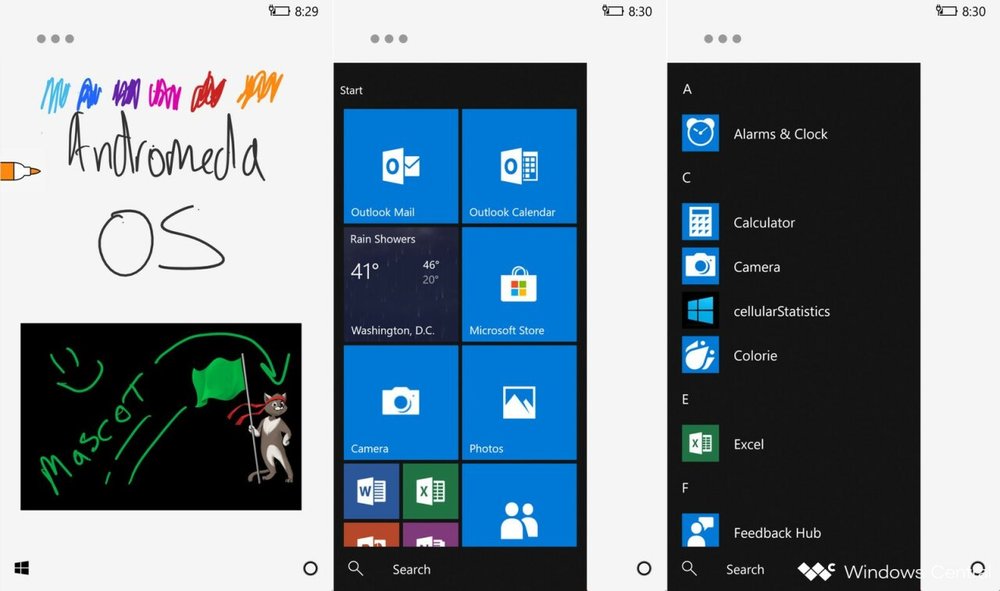 Gestures play an important role in Andromeda OS. The Start and Cortana on-screen buttons were disappearing when opening apps, giving them the maximum visible area. To access the Start, you need to swipe from left to right; and swipe from right to left to launch Cortana. Cortana and the Notification Center were combined into a single view, with Cortana managing notifications for the user. 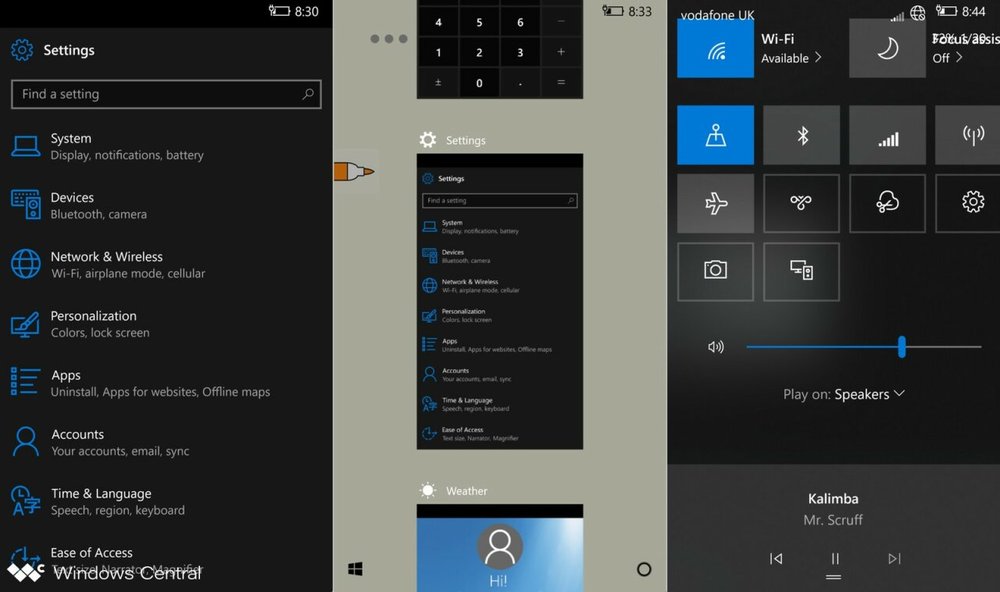 If you swipe up from the bottom, this gesture opens Control Center. This feature appeared in Windows 11 as a quick action menu on the taskbar, but it was originally developed for Andromeda OS. Control Center lets you turn Wi-Fi on and off, change screen brightness, control volume and music playback.

The demoed build of Andromeda OS reveals Microsoft's intention to use Fluent Design for the UI. The Lock screen already has an acrylic texture, as well as the Control Center, and some oter panels. 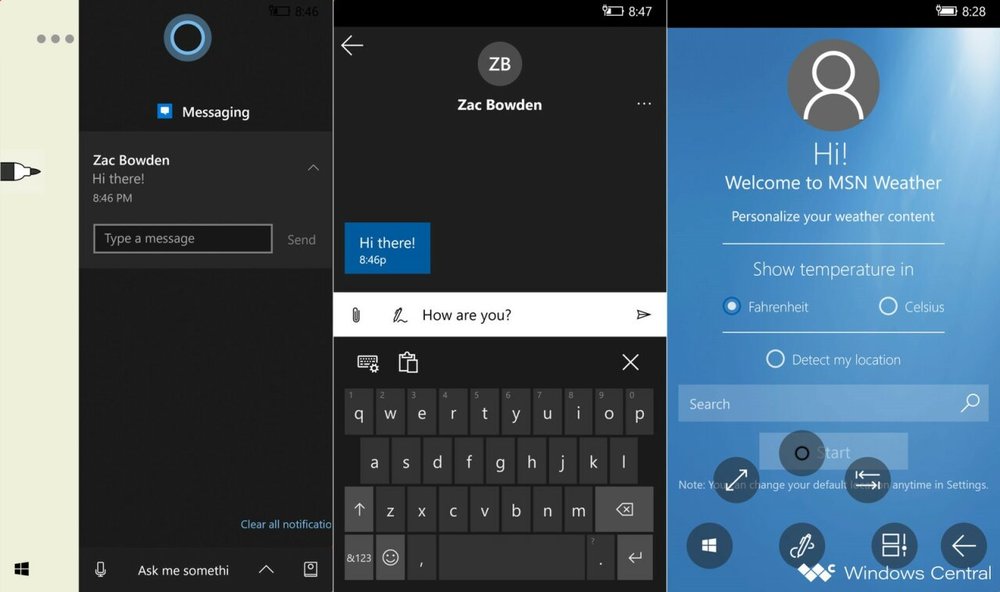 Also in Andromeda OS, there was an experimental "Radial UX Menu" mode that adds a semicircular menu instead of gestures. It includes buttons  to open Start, switch applications, and so on. While it could be an alternative to gestures, it could also be another way to manage the OS with the pen.

Of course, the Android version Surface Duo is a different device. It is not focused on notes the way Andromeda has been. But some elements of the Andromeda OS can be found in the Android UI. The location of the date and time on the lock screen, the appearance of the multitasking interface, animations, and the model of working with applications in two-screen mode remain of its Windows-based parent.

As it always happens with Microsoft's cancelled projects, we will definitely a few more bits of Andromeda OS ideas in present and upcoming software released by the Redmond firm. Anyway, Microsoft had reasons to drop its own platform in flavor of Android, so Andromeda will never return as an OS.